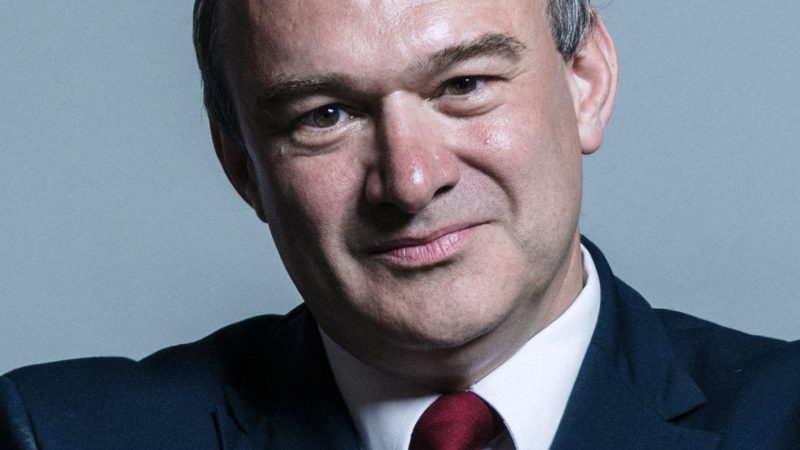 Ed Davey’s first conference speech as Lib Dem leader took on a conciliatory tone, with ample references to past mistakes. With an emphasis on tackling the social care crisis, he promised to ‘listen’ and adjust going forward. It’s not too harsh to say the theme was: ‘I know you don’t like us right now, but hear me out.’ Here’s the highlights:

Not holding back, Davey lambasted Johnson government refusal to take any responsibility on the ‘chaos and harm’ their response to the coronavirus pandemic. As you might imagine, a certain senior advisor’s ophthalmological trip to Barnard Castle came up.

He said: “Given the enormity of the threat to our country, it’s with deep regret and sadness that I must say: this Government and this Prime Minister have just not risen to this challenge.

“With unbelievable incompetence, this Conservative Government is failing our people, in one of our darkest hours.

“If you judged the UK’s response to this crisis solely on what the Government is doing, it would be easy to despair.”

Referencing the Tory blame game on multiple disasters, he quoted Johnson’s hero Winston Churchill saying that the price for greatness is responsibility. Which, for a PM who is unable or unwilling to achieve either has got to sting a bit.

Leaning heavily on his own experience, first as a young child acting as a carer for his mother, later his grandmother and now as a parent to a disabled child, Davey promised to become the voice of the nine million carers in the country.

The pandemic, argued Davey, has only brought home the importance of addressing the funding crisis in adult social care and urged for cross-party talks to do so.

“Caring for people’s health doesn’t stop at the hospital exit, or the GP’s surgery door.

Rejecting Tory calls to go back to business as usual, Davey said the pandemic had changed a lot and ‘moulding of a new economy’ should follow.

Unlike the Tories, he stressed, the Lib Dems are willing to listen to business struggling with the crisis trifecta of Covid, Brexit and the climate emergency. By working together with business, you can build green new industries and ‘thousands of green jobs’.

As evidence to that pledge, Davey pointed to his party helping to make the UK a leader in offshore winds and created green jobs while in government. Though reminding the audience of the coalition might be a somewhat bold move if the aim is to court or indeed regain voters.

Looking back three less than stellar general election performances, Davey signalled his willingness to listen to what people want and change accordingly. Pledging to make the Lib Dems ‘the most diverse party’, Davey expressed support for Black Lives Matter before acknowledging there is no Black Lib Dem MP.

The Lib Dems are ‘a proud liberal party’ that stands by its core principles but needs to adjust and deliver what voters actually care about.

“At the national level at least, too many people think we’re out of touch with what they want.

“We can’t fix this with a catchy new slogan.

“Or by fighting the same battles, in the same way,” said Davey.

Davey called for the party to ‘listen to people who don’t think like us’ in order to get more Lib Dem candidates elected in next year’s May local elections.

“We have to represent the whole country, not just some people.

“We are not a think tank or a pressure group. We don’t exist merely to put forward ideas or espouse a set of principles – however noble they may be,” he said.

Overall a speech largely acknowledging the need for reinvention and taking on feedback, but a bit thin on concrete suggestions on what form that change will take. Most surprisingly, the party pledge to support Universal Basic Income only got a throwaway mention. The party still has a mountain to climb after their 2019 electoral obliteration, and it seems like they know it.