The skills of our automotive workers will be key to a green recovery - but the government is letting the sector flounder. 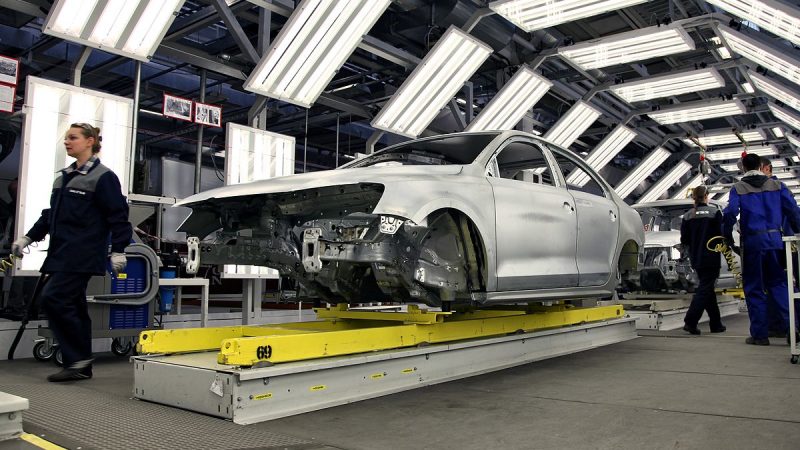 Manufacturing is at the heart of so many communities across the UK, many of which switched to the Conservatives for the first time in 2019. Yet the government has not stepped up to the plate to ensure jobs are saved in this sector.

Compared to Germany, the UK lost 177,000 new car sales in the period January-June this year. That’s not a car-crash for GDP: it’s a multiple pile-up.

We both faced the same pandemic, but the official response to the health crisis and the economic crisis have been very different.

We must realise that these jobs are also fundamental in achieving our net zero ambitions: if we lose the skills and experience of those in this sector, we have no chance at decarbonising our economy.

During this year’s Labour virtual conference, I spoke with other MPs and automotive industry experts about what is to be done. We need bailouts, and a more fit-for-purpose job support scheme than that announced by the Chancellor last week. Then we need a proper industrial strategy based around green jobs, just like that set out in our 2019 manifesto.

Over the past twelve years, the automotive industry has enjoyed spectacular success. UK-based manufacturing has soared, exports have rocketed and there has been huge domestic investment. The pandemic has seen the sector torn apart. We’ve lost 300,000 units as we effectively stopped production for two months, with £20 billion lost to the sector.

We’ve been in crisis mode before, however. The decisions taken by the Labour government were critical to ensuring the industry’s survival and put in place the foundations to ensure a stronger, and in fact, a greener, future.

Look back to 2005, when MG Rover went under. The Labour government invested £176 million to ensure the impacts were mitigated. It included £50 million for retraining and over £40 million to support businesses in the Rover supply chain to ensure they kept going.

During the financial crisis, we set aside £2.3billion to support the motor industry, of which about £1.3billion was in the form of guarantees for loans to support innovative and ‘green’ technology, and the other £1billion took the form of targeted support. We also set up the transformative scrappage scheme, where consumers could exchange their old car for a discount on a new car, pumping much needed demand back into the economy.

But what do we see now? An industry on a cliff-edge. We have no hope of creating the green economy that we so desperately need if we let this sector flounder. The furlough scheme of course was a huge help, but it ends in October. The new scheme which will see the government top-up wages for employees who are brought back part-time is of course going to help some, but this is not going to be enough.

Still reeling from the first wave, the new second wave is already once again affecting the car industry. Output is down by 44.6% in August, compared to the year before. It’s hard to see how these new measures will provide the cash-flow and job security businesses need – it is simply nowhere near the scale of what Labour did in power. The warning light is back on.

Back in March, the Chancellor promised to do ‘whatever it takes’ but I’m afraid that by over-promising and under-delivering, he has only served up more uncertainty. And that means vital, long-term investments are now on hold.

And let’s be clear, our European neighbours are doing so much more, putting us at a disadvantage. France is injecting €8 billion into their auto businesses. The German job support scheme asks far less of a contribution from employers to pay for the bill of the top-up payment to employees, too. If they can do it, why can’t we?

We need this short-term survival package to be the driver for a green revolution. We need another scrappage scheme; we need investment in ‘giga-factories’ to power our electrification; we need significant investment in an easy-to-use and extensive rapid charging network; we need tax breaks and subsidies for consumers to make electric vehicles cheaper to purchase and run than petrol alternatives.

Direct market subsidies by the French government have helped boost their market and support 200,000 new low-emission car sales there.

It is simply a question of priorities and leadership: the government must act before it’s too late.

Matt Western is the Labour Member of Parliament for Warwick and Leamington and Chair of the All Party Motor Group and All Party Parliamentary Group on Electric Vehicles.