'We have an opportunity to turn this sinking ship around but we must act now, not next year, not in ten years,' said an XR spokesperson. 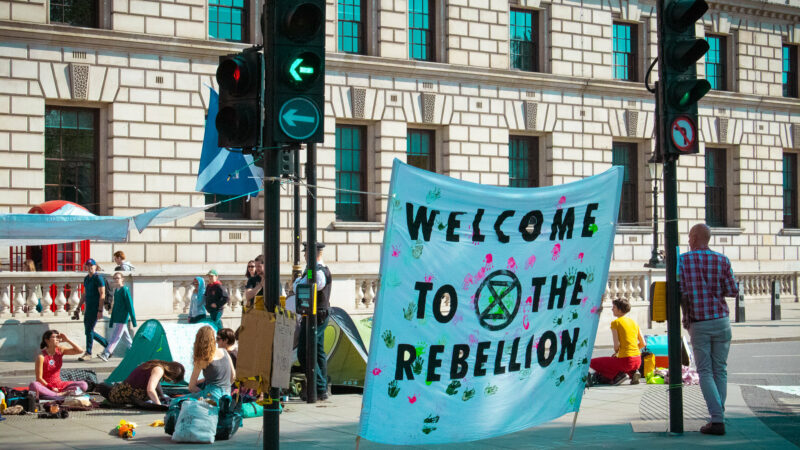 Extinction Rebellion (XR) is kicking off two weeks of action to demand the government take action on the climate crisis.

XR marched on Parliament Square on Monday to demand that the grassroots-initiative Climate and Ecological Emergency Bill (CEE Bill) be adopted into legislation. The Bill is being proposed by the Greens’ Caroline Lucas MP.

XR activists, who are planning to continue the ‘socially distanced’ action in the capital until the 5 September, were to read a letter advocating for the bill they call ‘concrete plan available to address this crisis’.

Rebellions will also take place in Cardiff and Manchester, with disruptions planned during the same period.

The actions follow the June release of the Committee on Climate Change’s June report which warned of up to 4C in this century, double its previous 2C estimate.

An XR spokesperson said the government was ‘failing’ in its duty to keep people safe, in an act of ‘criminal negligence’.

They added: “They must not be allowed to carry on like this. We have an opportunity to turn this sinking ship around but we must act now, not next year, not in ten years. Now.

“You don’t need to be told by Extinction Rebellion how bad this crisis is. Just look around you, look at California, Brazil, Mauritius, Wales, your own backyard. Our world is unravelling, the collapse of civilisation is now a very real, near-term threat. It’s never been more clear that we are in a state of planetary emergency.”

Alex Armitage, paediatrician and Doctors for Extinction Rebellion member  said: “Scientists are not lying when they say that today’s generation of children face the bleakest of futures, due to the lack of action that governments are taking on the climate and ecological emergency. I’ve seen the graphs; I’ve read the evidence. We must act NOW.

“The first duty of a government is the security of its citizens. We saw with Covid-19 how the UK government ignored scientists and delayed the lockdown, with fatal consequences.”

The climate activists are saying that ‘societal collapse and mass death’ are seen as inevitable by scientists if urgent action is not taken, with even human extinction being a possibility.

XR is asking for activists to join the rebellion here.