The letter calls for the long-delayed Online Harms Bill to be brought forward and include measures to fight anti-Vaxxers. 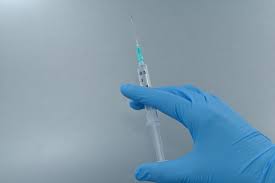 A group of well known medics have written to the government to demand more action to tackle the spread of anti-vaccination misinformation on the major social media platforms.

The call comes as a new report from the Center for Countering Digital Hate (CCDH) and Restless Development argues that tech platforms are failing to remove anti-vaccine misinformation, even that reported to reported to them.

The Letter calls for the Online Harms Bill to be brought before Parliament “at the earliest possible opportunity” and for it to include potential penalties for tech companies which allow “dangerous lies about health and medicine” to be viewed on their websites.

The Government had initially pledged to bring forward the bill in this parliament, but since then DCMS Minister Caroline Dinenage MP has told members of the House of Lords that she could not commit to introducing the bill before the end of 2021. Lord Putnam warned that the bill may not be passed into law until 2024.

“A Coronavirus vaccine is our best hope of a return to normality. It would be a tragedy if it was unsuccessful in eradicating this disease because of lies told to people on social media.

“While we have made enormous sacrifices to keep our society safe, social media companies are undermining their effort by failing to enforce their own policies and claims to act on dangerous misinformation. Big tech has proven that they do not care, they will not act, and they only listen when their profits are on the line.

“Government must urgently legislate to ensure these platforms take down hate and misinformation that puts lives at risk. And companies who advertise on social media can make their voice heard too, by pausing their adverts until action is taken.”

“Yet again, young people have been let down by social media companies.  They continue to report dangerous Covid-19 misinformation, but continue to be ignored by these platforms.

“It is time for social media companies to start listening to young people, take down these dangerous lies and keep their online forums free from misinformation that puts our chances of stopping coronavirus in jeopardy.”

“Since COVID-19 was declared a public health emergency we’ve taken aggressive steps to limit the spread of misinformation about the virus. Between April and June we removed more than 7 million pieces of harmful misinformation that violated our policies, and we put warning labels on 98 million additional pieces of misinformation to warn people that it’s false. Additionally, we reduce vaccine misinformation visibility across our platforms, we don’t show it in search results or recommend it on Facebook or Instagram and we don’t allow it in any ads. We’ve also added a mythbusting section to our COVID-19 Information Centre to provide people with accurate information about common myths, and we have connected more than 3.5 million visits to official COVID advice on the NHS and UK government websites.”

We’re prioritising the removal of COVID-19 content when it has a call to action that could potentially cause harm. As we’ve said previously, we will not take enforcement action on every Tweet that contains incomplete or disputed information about COVID-19. Since introducing these new policies on March 18 and as we’ve doubled down on tech, our automated systems have challenged millions of accounts which were targeting discussions around COVID-19 with spammy or manipulative behaviours”

“We’re committed to providing timely and helpful information about COVID-19 during this critical time. We’ve taken a number of steps to combat harmful misinformation, including removing content that violates our policies, surfacing more authoritative content for people searching for vaccination-related topics and showing information panels with sources for fact checking information.”