Under pressure, arms manufacturers have shifted from making weapons to stocking our hospitals. Why not make it permanent? 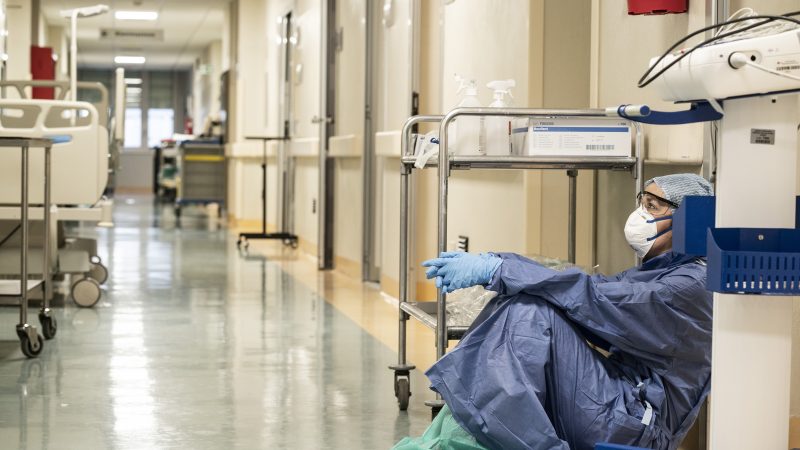 In the early days of lockdown, the possible shortage of ventilators was a nightmare scenario. Images from hospitals in Europe, conjuring catastrophic scenes from dystopian movies, focused minds on the problem at hand.

How was the government to procure enough machines to keep Covid patients alive? While the NHS was in possession of around 10,000 ventilators, almost double that were required to meet the peak expected by the end of April. The government called for manufacturers to step up to the plate.

The first potential sources caused some surprise – an early plan came from a group including Renault and Formula One Red Bull. The order was subsequently cancelled as the model was found to be insufficiently complex to treat Covid patients.

The next possibility to fall by the wayside was a design from Dyson, the vacuum cleaner manufacturers. By late April, the ‘Co-vent’ machines had not received regulatory approval so the government’s substantial order was withdrawn. By this time, only one producer had achieved regulatory approval: VentilatorChallengeUK, a consortium of major producers which focused on increasing the output of existing specialist firms: Penlon and Smiths Medical, rather than starting from scratch, as Dyson had.

By the end of April, hundreds of ventilators had been produced and delivered, with thousands more coming off the production lines in the weeks that followed.  At its height, ventilator production exceeded 400 devices a day. By the 5th July, when the consortium was would up, it had delivered 13,437 ventilators to the NHS.

By any stretch of the imagination this was a remarkable achievement and the detail is impressive.  Seven new large-scale manufacturing facilities were set up with existing production sites at Penlon and Smiths Medical being restructured. New supply chains were set up that sourced and acquired the necessary parts: around 42 million components came from over 22 countries.

So who was responsible for this incredible feat of engineering and production? The consortium comprised almost 30 companies, some of whom are household names, like Microsoft, Ford and DHL. But many of those involved were from the defence sector, including BAE Systems which is currently working on the UK’s new nuclear weapons submarine at Barrow Shipyard in Cumbria. Rolls-Royce also participated, better known for its luxury car marque it also builds the nuclear reactors to power the UK’s submarines.

Whichever way you cut it, it’s clear that within just a few weeks, a significant section of Britain’s defence engineering production had switched to the production of medical equipment, at government behest. After years of being told that defence diversification is a utopian fantasy, Britain discovered that production lines can be repurposed when necessary.

The experience of this shift in production during lockdown shows the wisdom of the TUC Congress motion, passed in 2017, which called on the Labour Party to establish a shadow Defence Diversification Agency. The point of such an agency is to put defence diversification at the heart of a wider industrial plan that redirects resources towards things we need – and to ensure a voice and role for trade unionists within that process.

Such an agency would also provide a transition programme to protect skills, employment, pay and pensions, to enable redeployment into new jobs, including the social care sector. Now is the time for trade unionists to use their strength and organisation to make the changes – that we have seen as a result of pandemic necessity – stick, and develop them further: towards a new zero-carbon economy founded on the principles peace and security for all.

As Hilary Wainwright, co-author of the original Lucas Plan says, “At a time of heightened awareness of social need, the depravity of wasting skills and public resources on the means of destroying lives, rather than healing them, is clearer than ever.”

It’s time to ensure that production for public good is made permanent.