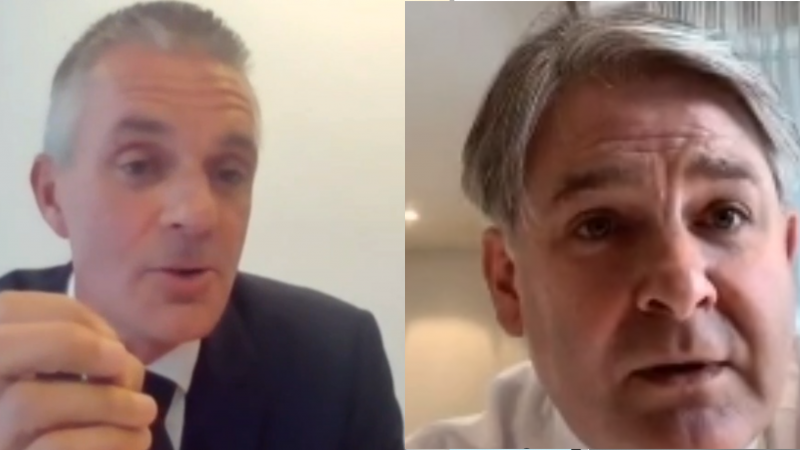 It was meant to be Select Committee members grilling BBC execs. In the end, it was the other way around.

On Tuesday morning, the Commons’ Digital, Culture, Media and Sport (DCMS) committee hauled up Tim Davie CBE – the new Director General at the BBC, and Sir David Clementi, Chairman of the corporation, for a session on the future of the BBC. The first half centred on controversial cuts at the corporation from Labour members – and allegations of ‘left-wing bias’ from Conservative MPs.

Davie suggested a u-turn was on the cards: “Watch this space…that’s something I’m reviewing.” Though the former Conservative activist added: “I do think it’s appropriate I look for efficiencies… I want the BBC to be smaller in fixed head count.”

But when it came to Tories enraged that sports presenter Gary Lineker was often found tweeting about politics and opposing Brexit – presented as some sort of grand conspiracy of left-wing bias at the corporation – things really kicked off.

Tory Philip Davies asserted that a BBC journalist had told him they “wouldn’t dare” say they voted Conservative in the office. “But there was no issue people saying how left-wing they are.”

Davie and Clementi were having none of it.

“Out of 20,000 people you’ll always get some views,” Davie hit back. “I look with a wry smile at the number of BBC people who’ve gone on to work for your party.*”

At one point Philip Davies pointed to an article by Europe Editor Katya Adler which – shock horror – pointed out the EU’s position on Brexit. “Read the article,” Tim Davie instructed him, laughing off the attack.

Then the BBC chairman got involved. “Look at the stats [on bias]…You want to ignore the evidence…you rely on individual anecdotes,” he told Davies.

“You are a complainant to Ofcom, which they found against [you]! I’ve got the quote from Ofcom to your complaint. They said it had no merit!” chairman Clementi said.

Things got weird then. Davies responded: “You’ve clearly got a wasp down your trousers…I think you need to calm yourself down a minute.”

Getting flustered, Davies added: “It’s for me to ask you the question, not for you to ask me the question.”

Back to the football commentator: “I put it to you that you think those tweets [from Gary Lineker] were absolutely fine.”

The chairman hit back: “You know perfectly well that the editor in chief is the Director General. The role of the [BBC] Board is general oversight.

“You cannot ask me about individual people, who are a matter for the Director General. You know that perfectly well!”

Clementi had the last word, before the session was adjourned, apparently ‘at the request of the BBC’: “My role is not to interfere with individual editorial decisions. You’ve got to look at it overall, and I’ve told you what the stats are. You are very keen to ignore the statistics. But you also asked me what I’ve been asked, and I’ve just answered it.”

Clementi and new BBC DG Tim Davie came out of the session pretty well – staunch in their defence of the facts and the corporation, despite major cost pressures. The Tory members of the committee came out less well.

*As journalist Polly Toynbee has noted: “Guto Harri left to work for Johnson when he was London mayor. Robbie Gibb, who went to the BBC after helping to run Michael Portillo’s leadership bid, rose to become head of Westminster political programmes before leaving to head communications at No 10 for Theresa May. The Today programme is edited by Sarah Sands, former Sunday Telegraph editor. Craig Oliver left as controller of global news to become Cameron’s director of communications in 2011. Andrew Neil, the rottweiler himself, was editor of Murdoch’s Sunday Times and chairs the Spectator. For all their cries of victimhood, the crossover between the BBC and Conservatives is considerably cosier than with Labour.”