Plans to use land owned by the Welsh government for a military training site called into question. 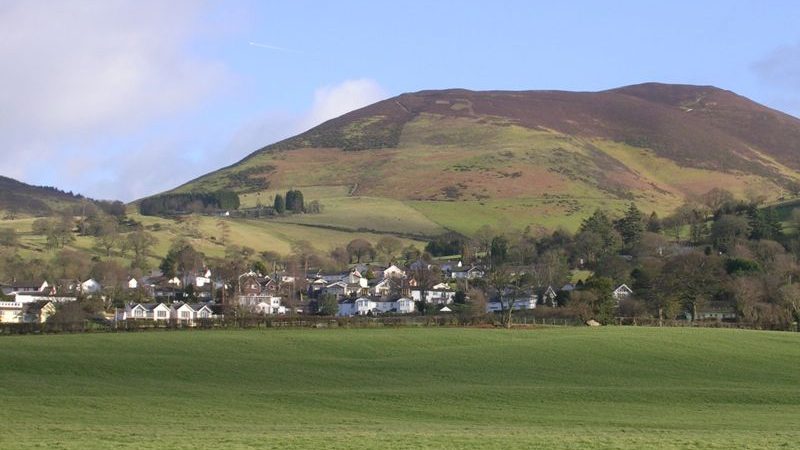 When Mark Drakeford was elected leader of Welsh Labour, it was hailed as a victory for the left. Taking up the role of First Minister of Wales, he has sought to keep his party united while emphasising his progressive credentials.

But Mark Drakeford now has to show where he really stands on human rights and peace.

Plans are underway for a piece of land owned by the Welsh government to be used as a military training site. If this goes ahead, Saudi forces will almost certainly be trained there.

Today, the Peace Pledge Union and Cymdeithas y Cymod have written jointly to Welsh MPs and Members of the Senedd, urging them to oppose the plan.

A company called Snowdonia Aerospace runs Llanbedr Airfield in north-west Wales on land rented from the Welsh government. They now want to use the land for RAF training. The RAF already use a nearby site for training pilots: RAF Valley on Ynys Mon (Anglesey). But now it seems that they are running out of space.

RAF Valley has already annoyed local residents due to noise levels. Anger has been caused much more widely by the use of the site to train members of the Saudi air force.

This is the same Saudi air force that has been bombing civilian targets, including schools and hospitals, in Yemen. According to Amnesty International, around 20,000 Yemeni civilians have been killed since the war began there in 2015, and a staggering 16 million Yemenis are going hungry.

Welsh ministers have largely avoided commenting on the use of RAF Valley to train Saudi pilots. To the discomfort of a number of Labour members in Wales, it has been left to Plaid Cymru politicians to speak out on the issue in the Senedd and the Westminster Parliament. Meanwhile, local residents, peace campaigners and faith groups have been protesting at the grassroots.

Drakeford and his colleagues have for too long dodged questions about their attitudes to militarism and war. When it was revealed that the Welsh government had attended the DSEI arms fair in London, Drakeford quickly promised a review, while insisting that they were there to support cybersecurity businesses, not the arms trade. This differed somewhat from their marketing material at the arms fair, which claimed that “Wales is a cornerstone of UK defence operations, through… the availability of secure sites and airspace.”

“Defence” is, of course, a euphemism for war and the arms trade.

The Welsh government and the Welsh Labour Party now have a chance to demonstrate their support for peace and human rights. They can oppose militarism by objecting to the use of their land in Llanbedr for a new military training site. The alternative is that they throw themselves behind the arms industry and the military machine.

There is no doubt that the Tories will do so. Last week, the Conservative MP for Ynys Mon, Victoria Crosbie, claimed that RAF pilots trained there “protect UK airspace daily from terrorist threats”. She didn’t mention that they also train Saudi bombers, or explain how this is morally different to training terrorist groups such as ISIS.

Whatever Drakeford’s approach, we can be sure that opposition will come from within the Labour Party, from Plaid Cymru and from smaller parties such as the Greens. But the greatest opposition will be found at the grassroots. People in the area are already expressing their anger about the plan.

They are unlikely to be convinced by the claims that the scheme will provide 500 jobs and bring £19.5m to the economy over ten years. Snowdonia Aerospace have failed to respond to requests to explain how they arrived at these figures. Indeed, it is perhaps more likely that jobs will be lost, given the effect of a vastly increased number of flights in an an area that relies heavily on tourism.

Many people, however, are simply sickened by the thought of atrocities being prepared on their doorstep. If the plan goes ahead, there is no doubt that some will take nonviolent direct action. Wales has a strong tradition in this area: in 1936, Welsh pacifists burnt down empty buildings that were due to become part of a bombing school (after making sure there was no-one inside).

We don’t need to get to that point this time. The biggest chance of stopping the proposal in its tracks lies with the possibility of opposition from the Welsh First Minister and his government. Over to you, Mark.

Cymdeithas y Cymod and the Peace Pledge Union have produced a briefing about the issues (giving the sources of the relevant facts and statistics). You can read it in Welsh here or in English here.