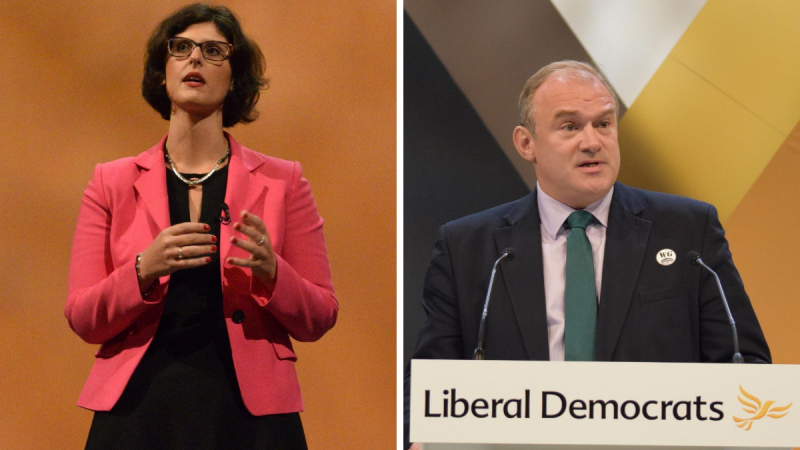 Jo Swinson stepped down from the Liberal Democrat party leadership after she lost her seat in the 2019 general election and now the party is two days from finding out who its next leader will be.

The battle is between two quite different candidates. Layla Moran could be the key to change for a party that has come crashing down in popularity in the last decade. She is an LGBT woman from a minority background, is a very charismatic speaker and, although she’s only been an MP since 2017, she argues the lack of experience in Parliament actually makes her more desirable at “a time when people don’t trust politicians”, as she said during a BBC debate.

Sir Ed Davey, the other candidate in the running, has experience and stability on his side compared with Moran but he hasn’t made too much of an impression over the last eight months in his role as provisional leader.

So what are the key campaign issues that the potential leaders have been focusing on?

Both were asked about the main aspects in a recent BBC debate.

One key campaign issue is tackling the recession brought about by the coronavirus crisis.

Both candidates said they would tackle the recession by implementing a green economy as well as by encouraging “mass retraining” of the workforce across the country for those who may need or want a total career change following coronavirus.

With unemployment being a looming issue following the pandemic, both candidates said they would introduce a universal basic income. They will also promote green jobs as part of an environmental agenda.

Education is another key campaign issue and both potential leaders actually criticised the current government.

Davey said that schools need more support and funding than they’re currently getting to reopen after the lockown while Moran thinks the current education secretary, Gavin Williamson, should be replaced by someone who “knows what they are doing”.

The lack of BAME supporters in the Liberal Democrat party was also addressed as a key campaign issue in the debate.

If elected as leader, Davey wants to increase the number of black Lib Dem candidates while Moran wants changes made to the Equality Act allowing political parties to have all-black shortlists.

The Lib Dems campaigned to stop Brexit in the last general election but both Davey and Moran, while they are pro-European, they said they wouldn’t be fighting for the UK to rejoin the European Union anytime soon.

Members of the Lib Dem Party have been able to vote for who they want to lead the party since 30 July. Voting will close on 26 August 2020.

The results of the leadership contest for the Liberal Democrats will be announced on 27 August 2020.