Car crash after car crash has shown this government's ineptitude as well as their casual uncaring attitude. 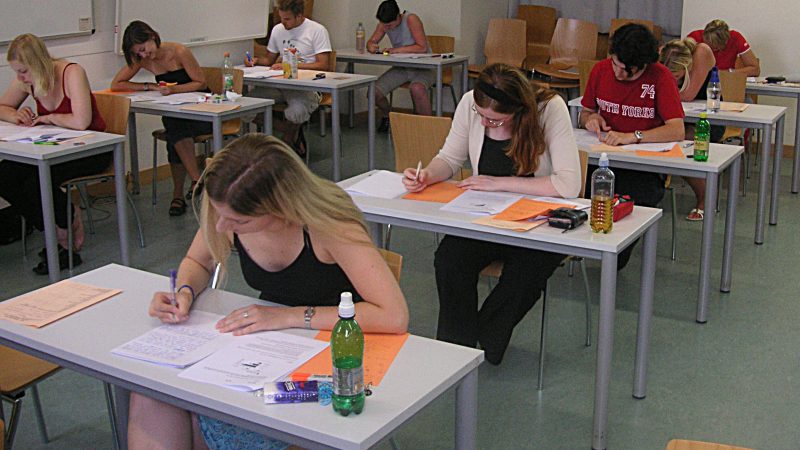 As Prime Minister, Boris Johnson has proven to be quite the dab hand at squandering political capital. Exam results season 2020 is an extraordinarily depressing example.

First there was the slow-moving car crash of A-Levels, eminently avoidable after the example set by Scotland. After that we saw dither over GCSEs, culminating in a humiliating u-turn by education secretary Gavin Williamson. And finally, to cap a terrible August for students which they and their families are unlikely to forget in a hurry, there was a last-minute delay to the release of BTEC results.

This Government has no one but itself to blame. The weaknesses in a system of its own creation have been left horribly exposed. The desperate stage management behind the scenes has been tangible to any onlooker, the crashing around almost audible.

Worse, it makes a mockery of the Government’s ‘levelling up’ agenda. Until Gavin Williamson’s road to Damascus moment, he was quite prepared to see thousands of disadvantaged students suffer even greater disadvantage with downgraded and manifestly unfair results. Whereas the latest BTEC debacle demonstrates that technical education and skilling up young people is to this Government little more than an afterthought.

The mishandling of results season had ‘cut through’, yet seemingly the very last people to notice this were the Government. They were caught on the hop.

Now, I don’t like to kick someone when they’re down, but I find it hard to believe Gavin Williamson commands much confidence from parents or the profession after this domino effect of disaster.

Before the results came out the Government could well have thought it had done enough to dampen down the flames, that perhaps they’d be in for a slightly calmer week.

But the terrible headlines continue to pour in. We now know that Jon Coles, former director general of the Department for Education, wrote to the education secretary last month about the algorithm model which has caused so much controversy. He could foresee that small cohorts of students – groups of 15 or fewer – would escape unfairness, while larger cohorts would experience widespread misery. Gavin Williamson did nothing, and now – absurdly – claims that the very same issue “became clear” to him over the weekend just gone.

Not deterred by the education secretary’s slack approach to checking his inbox, the NEU wrote to him on Wednesday demanding he put things right for 2021.

That may seem a long way off, but those decisions will impact students from this September. We need action right away.  We are asking him to:

That would be a big step towards regaining trust.  And we know that profession and parents are with us, as 20,000 have already signed the accompanying petition.

Pearson, who themselves have a far from spotless reputation, do at least recognise the chaos and are playing their part in rectifying the situation for this summer’s graduates.  They said that they:

It is good news for BTEC students and their parents and teachers that Pearson has switched to teacher assessed grades and moved way from the flawed algorithm model. But the delay is deeply disappointing, and this cannot happen again.

One big lesson for the Government to learn is how their all-eggs-in-one-basket approach to education, with its heavy dependence on summer exams, is not fit for purpose. Not only does it lack a credible failsafe, as Covid has shown, but it falls way short of accurately reflecting what teachers know young people are capable of.

There should be no more obstacles to students progressing to the course and to the institution of their choice. The sooner they can plan for their future, the better.