As Trump's former aide is accused of fraud, Johnson should come clean about how well he knows Steve Bannon. 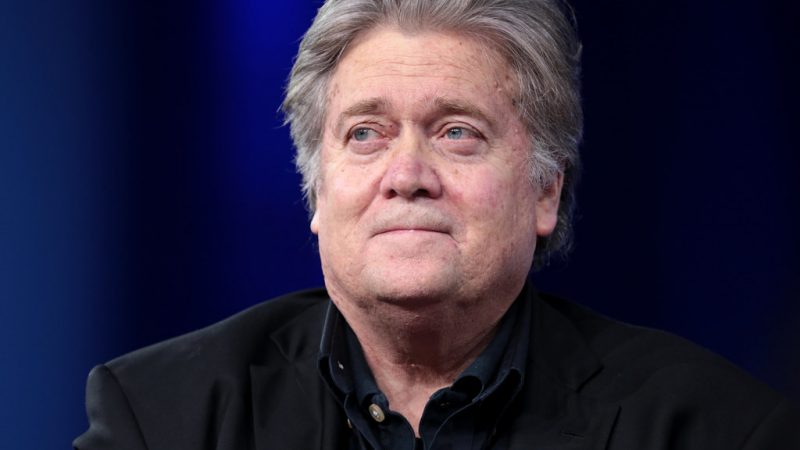 Former Trump advisor Steve Bannon has been arrested on charges of fraud. He is alleged to have been one of a group of four people who defrauded hundreds of thousands of donors in connection with the “We Build the Wall” campaign, which raised $25m (£19m). He has pled not guilty and will stand trial.

He is – of course – not the first Trump associate or advisor to fall foul of the law. The art of the grift has a strong seam running through the current US administration, with ex-Trump campaign chairman Paul Manafort , ex-Trump lawyer Michael Cohen, ex-deputy campaign manager Rick Gates, political operator Roger Stone and ex-National Security Adviser Michael Flynn all having faced charges.

He is, however, one with close ties to the UK right having been a staunch cheerleader for Brexit and associate of those who campaigned for it. He also co-founded disgraced company Cambridge Analytica – which did work for both the Trump Campaign and Leave.EU and has been found to indulge in a wide range of questionable practices.

Bannon claimed to have advised Boris Johnson on his first speech after his resignation as Foreign Secretary in which he attacked then Prime Minister Theresa May. He has also recently expressed his admiration for Johnson’s closest aide Dominic Cummings calling him a “brilliant guy”.

Of course, one can’t help who admires you. Or be wholly responsible for the behaviour of your friends. But Johnson does have a habit of falling in with some unsavoury characters. Remember, this is the man who once tried to help his mate Darius Guppy in an ultimately unsuccessful bid to have a journalist beaten up. In what can only be an astonishing coincidence, Guppy was later jailed for fraud – the crime the reporter in question was thought to have been investigating.

Johnson is not known for his transparency of love of scrutiny. This is – after all – the man who hid in a fridge to avoid being asked questions during the election campaign. It is generally assumed that this is to avoid having to do anything as plebian as talk about the impact of his policies or his government’s mishandling of the coronavirus.

But the more Johnson’s friends are found out, the more questions there should be about the influence they have on his political approach. If he is above reproach, then surely he is not equally above transparency?

Emma Burnell is a journalist and consultant.