Thousands of trade union activists have been targeted at factories supplying the likes of H&M, Zara and Primark, according to a new report. 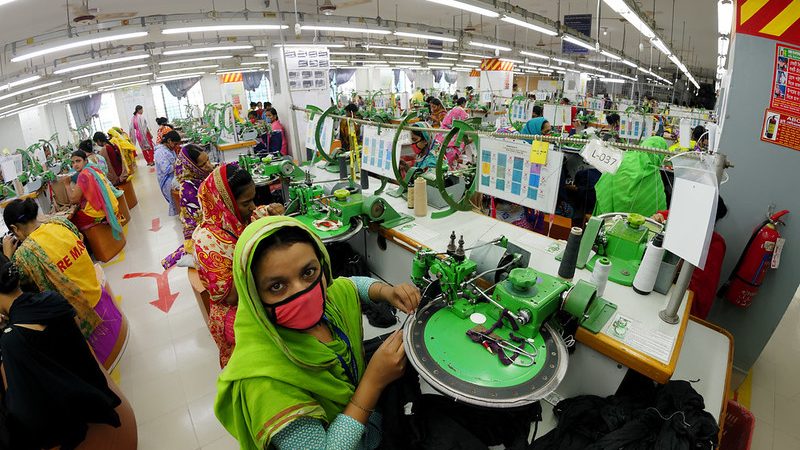 Factories in Asia supplying major brands like Zara, Primark and H&M have been accused of using the Covid-19 pandemic to crackdown on trade unions.

A new report from the Business & Human Rights Resource Centre (BHRRC) argues that brands aren’t stepping up to help workers in their supply chains, despite pledging to respect trade union rights.

Workers who belong to a union and have organised for safer working conditions amid fears of infection have been targeted for dismissal, the charity says.

The researchers look at nine cases of alleged union busting in garment factories in India, Bangladesh, Cambodia and Myanmar, supplying nine global fashion brands – many of which trade in the UK.

The nine cases involve nearly 5,000 garment workers in Asia who belong to unions.

Cases include an H&M supplier sacking all 1,200 workers at a unionised factory in India, and a supplier for Zara and MANGO in Myanmar sacking 500 union members just hours after union leaders requested better Covid-19 protections. Factories blame the dismissals on the Covid-19’s impact on orders, but union members were targeted – sometimes just hours after calling for better health and safety protections, and in two cases factories hired non-unionised workers soon after, BHRRC says.

There are ‘unresolved cases’ of alleged union busting at factories supplying brands including H&M, Zara and Primark. The firms insist they respect and uphold trade union rights, and that issues are being investigated and resolved.

It follows the recent scandal at factories supplying clothing brand Boohoo, with Labour Behind the Label showing that plants in Leicester remained open throughout the Covid-19 pandemic – despite the high risk of infection for workers and lockdown regulations.

Cases unearthed in the new report include:

Thousands of garment workers in Asia are waiting for six major cases to be resolved, the human rights monitoring centre says.

In their responses to the mass sackings in Bangladesh, both H&M and Inditex (Zara) said the dismissals at the factories had been made due to the economic impacts of Covid-19. The brands indicated that agreements had been reached between the three factories and local unions, and workers have been compensated in line with local labour law through digital payment on 3 and 4 June. However, workers are still demanding reinstatement.

Primark said an investigation was underway at the Myanmar-based Huabo Times factory, including dialogue with both the union and the supplier. The company said that if a breach is identified it would work with the supplier on remediation.

Responding to three union members being dismissed at an outsourced factory in Cambodia, H&M said it was engaged in dialogue with all parties involved, including the supplier, unions and other brands.

In response to BHRRC regarding dismissals at another factory Myanmar, Inditex (Zara) and MANGO said they had engaged in mediation with the factory and reported that the dispute had been resolved. However, labour groups remain concerned that the brands have not pushed for reinstatement of all sacked trade unionists.

“The bosses used COVID as an opportunity to get rid of us because they hated our union… They thought we caused them constant headaches by fighting for our rights and those of our fellow workers,” said Maung Moe, union president at the Myanmar factory.

Cases profiled in the report are just ‘the tip of the iceberg’, the Business & Human Rights Resource Centre has warned.

Thulsi Narayanasamy, Senior Labour Rights Lead at BHRRC, said: “Covid-19 has already been used as an excuse by fashion brands to act against the interests of the most vulnerable workers by cancelling orders and leaving suppliers in the lurch. Now workers face a brutal crackdown when exercising their most fundamental rights. Brands aren’t stepping up enough to ensure workers in their supply chains are protected…

“These threats send a powerful message to other workers on the real cost of exercising their fundamental freedoms.

“Fashion brands are aware that this is happening, and they must step up and take responsibility for workers by ensuring that these cases are resolved swiftly and fairly, and by changing their own practices that enable union suppression in supply chains.”

A spokesperson from the Clean Clothes Campaign said: “[Union] agreements should be supported by brands’ ongoing orders in the factories. Without this commitment, brands are failing in their due diligence… reducing such statements to nothing more than empty CSR rhetoric.

“Brands and retailers need to request that all suppliers develop clear policies to ensure that Covid-19 is not used as a cover for union busting.”

The ITUC has reported a global crackdown on trade unions, with at least 53 countries restricting human and labour rights during the COVID-19 pandemic and local unions report many other cases.