Our economy was in a weak position before Covid. Now mismanagement is steering us towards a Great Depression. 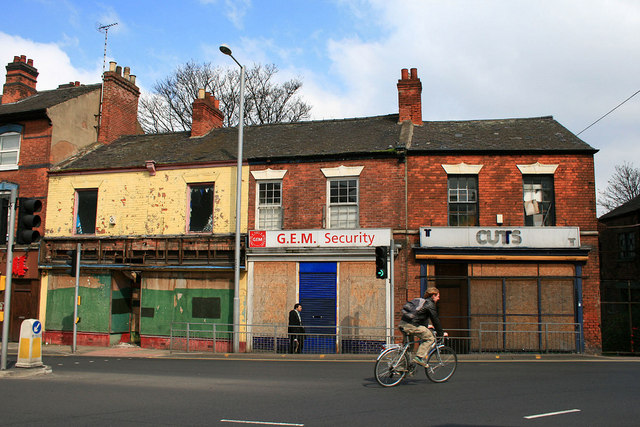 For the three months to June, the UK’s gross domestic product (GDP) declined by 20.4% – making a total of 22.1% for the first six months of the year. The UK’s recession is worse than any other pandemic-hit country.

The severe economic downturn is due to two main reasons. Firstly, the economy was in bad shape before the pandemic. Secondly, the government response to the pandemic was poor and will also hamper economic recovery.

A key requirement for a resilient economy is that the masses must have good purchasing power to enable them to purchase goods and services. This has been systematically eroded by austerity, wage freezes, low wages and lack of redistribution.

Anti-trade union laws have eroded workers’ rights and capacity to secure a decent wage. In 1976, workers’ share of the UK GDP as wages was 65.1%. By the end of 2019, it stood at 49.7%. The destruction of the manufacturing sector, the loss of related skilled and semi-skilled jobs, and their replacement by low-paid service sector jobs has turned the UK into a low-wage economy.

Pay in real terms today is lower than it was before the financial crash. Meanwhile, the average income of the richest 20% of people is over six times higher than the poorest 20%.

Out of a population of around 68 million, some 14 million live in poverty, including four million children and two million retirees. Foodbanks and charity shops selling second-hand clothes dominate city centres. Nearly three million Brits are malnourished and 1.3 million of these are over the age of 65. At around 29% of average earnings, the UK state pension is the lowest amongst industrialised nations.

Some 12.8 million households have savings of £1,500 or less, and the household debt is around £1,680bn. The absence of good disposable income and savings eroded people’s capacity to spend and paved the way for a deep recession. It is hard to think of any government policy that has sought to redistribute income or wealth towards the majority.

The government has given some financial support to employees, the self-employed and businesses – but many have slipped through the gaps. The House of Commons Treasury Committee reported that millions of employees and self-employed have not received any financial help. Nearly 7.8 million people are facing food insecurity.

The government eventually expanded its loan scheme for small businesses. Rather than giving loans directly to small businesses, it chose to pass them through banks. Thousands of small businesses are unable to secure loans as banks are taking weeks to process applications. In some cases, entrepreneurs are waiting for three months just to get an appointment to speak to the bank manager.

The UK government’s one-size fits-all approach to financial support is a source of problems. The staff furlough scheme ends in October and businesses will need to pay 10% of employee salaries in September, rising to 20% in October. However, some sectors such as theatres, cinemas, hotels, cafes, art galleries, and museums have barely restarted and are a long way from recovery. Some sectors such as air travel, leisure and education will go through painful restructuring for a few years. Yet the government-aid has taken no account of the unique situations in sectors or regions.

Instead, the government is handing vast amounts of money to companies and their billionaire controllers without any means-testing to see if they need it. This has not been accompanied by any stipulations to maintain jobs, repatriate offshore operations or reduction of carbon emissions. Some companies taking the government money have fired staff or rehired them on lower pay, which will further depress people’s purchasing power.

Organisations like British Airways and EasyJet have received interest-bearing repayable government loans. The repayments will make a hole in corporate cash flows and hamper recovery. Instead, the government should have taken an equity stake in companies to dilute cash flow pressures and improve their chances of survival.

The abrupt ending of the furlough staff scheme will create a spike in unemployment, which the government can avoid. In addition, it is also about to hit the economy with a No Deal Brexit which could add £250 a year to household food bills.

It’s time for ministers to change their approach and start paying attention to detail.  They need to redistribute income/wealth to boost people’s spending power. They need to invest in new green industries and manufacturing to create jobs. And they need to take up the unemployment slack by expanding recruitment in the public sector: building flood defences, upgrading our reservoirs and our infrastructure.

Here’s some other ideas: reducing the state pension age to free-up some jobs, waiving study fees, and providing living grants to enable people to retrain and learn new skills. The shame is that the government lacks any vision.