The mural depicts an enslaved black child being dragged with a chain around his neck. 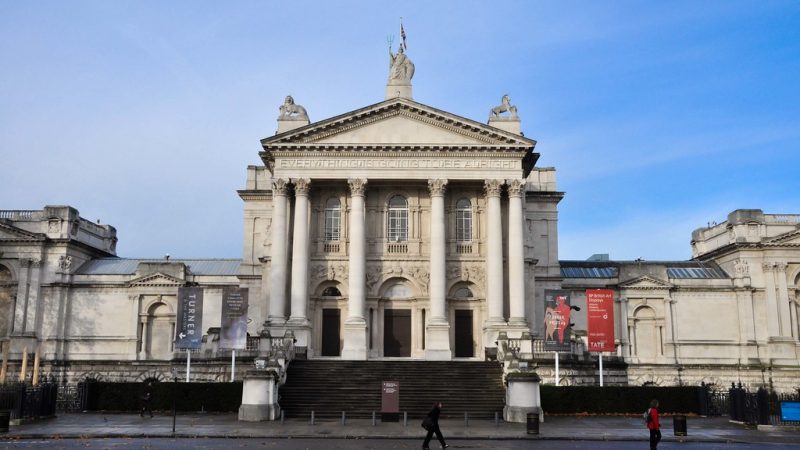 If you’re black you’re likely to be uneasy with statues paying homage to people who played a considerable role in the Trans-Atlantic slave trade.

It’s always just a matter of time before people talk about a need for these monuments – sometimes immortalising oppressors long after they’ve died – to stay in our towns and cities. The argument is that we must keep our history, warts and all.

In June, Boris Johnson set up a government commission to look into racial inequalities in the wake of Gorge Floyd’s death. He said this would “stop the sense of victimisation and discrimination”. With these words, the Prime Minister implies that black people are ‘playing the victim’ when they complain about statues.

This ‘victim’ narrative often rears its head. Currently, there’s an ongoing debate around a mural in the basement restaurant at London’s Tate Britain art gallery.

In the wake of the killing of George Floyd, many British institutions have been forced to examine Britain’s links to slavery and which statues we choose to stick with and where we place them.

For its part, Tate Britain said, “Today Tate is working to become a space that is more relevant, welcoming and inclusive for everyone. To do so we hope to tell a more inclusive story of British art and identity and confront these difficult and offensive histories.”

This is admirable, yet there are large swathes of people who believe that the Tate shouldn’t have to bow to public opinion, because ‘slavery is part of our history’. These people, like Johnson, believe black people should stop the sense of ‘victimisation’.

However, I’d caution them from siding with Johnson. After all, when it comes to race the PM has gotten it spectacularly wrong on several instances: whether referring to Muslim women as ‘letterboxes’ or those in the Commonwealth as flag-waving piccaninnies.

But I digress, the atrocities inflicted on gay men prior to the Sexual Offences Act 1967 or the Anti-Irish sentiments are far more recent periods of history yet, to my knowledge, these abhorrent behaviours are not captured like a time capsule to decorate walls of leading eateries.

Britain lost her empire a long time ago, so although murals like these may have been de rigueur in their time (1927), they certainly aren’t today. I often take my daughters to Tate Britain and Tate Modern and try to instil in my little black girls that we all ‘belong’ at places like the Tate.

Being subjected to offensive images of any sort in a restaurant, yes restaurant, is something I could do without. When my daughters and I visit any museum or gallery eatery all we really want to do is enjoy Stem Ginger biscuits and down our tea.