Is Gavin Williamson's time running out? 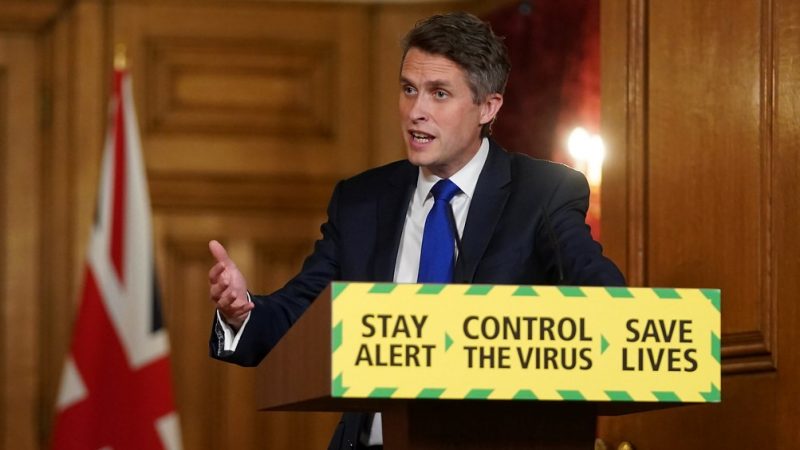 The Lib Dems have described Education Secretary Gavin Williamson as “out of his depth” and said he must go in the wake of this week’s “shambolic” A-level grade outcomes.

Nearly 40% of A-level assessments have been downgraded by the exam regulator, according to official figures published on Thursday – leading to widespread anger from sixth-formers across the UK.

Students from disadvantaged backgrounds in England were worst hit by the downgrading – while private school kids benefited the most. The Equality and Human Rights Commission has now suggested it could step in given the unequal impact of the marking algorithm.

Lib Dem Layla Moran – who is currently running for the party’s leadership – is now calling for the Education Secretary to go following a litany of errors, including the failure to ensure disadvantaged pupils had access to remote learning devices, and botched efforts to open schools more widely before the pandemic was under control.

The party is calling for all pupils to have a right to appeal their grade awards with no charge, and the chance to sit the examinations at the earliest possible date at no cost.

Labour has not yet called for Williamson to go, instead calling on the UK Government to scrap its “fatally flawed” system which saw hundreds of thousands of A-Level results downgraded.

Liberal Democrat Education Spokesperson Layla Moran said: “The shambolic handling of A-level results has left many young people in crisis. Despite the warning signs from Scotland, the Education Secretary pushed ahead with plans which ignored teachers’ advice and have disproportionately affected pupils from disadvantaged backgrounds. With this unfair system, he has created untold confusion and distress.

“Gavin Williamson is an Education Secretary out of his depth and out of excuses. He must take responsibility for his mistakes and step down with immediate effect. Our young people and our country cannot afford these blunders to continue into September, ahead of a potential second wave.

“If the Government continue to refuse to put their trust in teachers predictions, they must ensure every pupil has the right to appeal free of charge, and the opportunity to sit these examinations should they wish. We also need to see clear guidance from the Government to universities to ensure greater leniency in admissions decisions.”

Keir Starmer MP, Leader of the Labour Party, said: “Across the last twenty four hours we have heard heartbreaking stories and the scale of the injustice caused by the fatally flawed results system has become clear. Young people and parents right across the country, in every town and city, feel let down and betrayed. Claims from the Schools Minister this week were grossly misleading.

“The unprecedented and chaotic circumstances created by the UK Government’s mishandling of education during recent months mean that a return to teacher assessments is now the best option available. No young person should be at a detriment due to Government incompetence.

“Time is running out. We need action in days, not weeks. That also means an urgent technical review of the standardisation model ahead of GCSE results next week. We need to end this fiasco.”

On Thursday the University and College Union said ministers should use teacher predictions, as happened in Scotland following a u-turn, to ‘level the playing and put students first’. Relying on schools’ past performance will hit pupils from the poorest areas the hardest, the union said.

UCU general secretary Jo Grady said: “Pupils should be congratulated for their hard work in unprecedented circumstances and deserve better than this mess. Ministers were warned this would happen, but pressed ahead anyway. The secretary of state making things up as he goes along is helping nobody. His last minute triple lock brought another set of complications and likely appeals, and talking about delayed starts for some students now is just adding to the chaos and confusion.

“The government needs to accept it has got this badly wrong, stop trying to pull a rabbit out of the hat and keep things simple by using teacher predictions – as happened in Scotland.”