Here's what XR has planned over the coming weeks 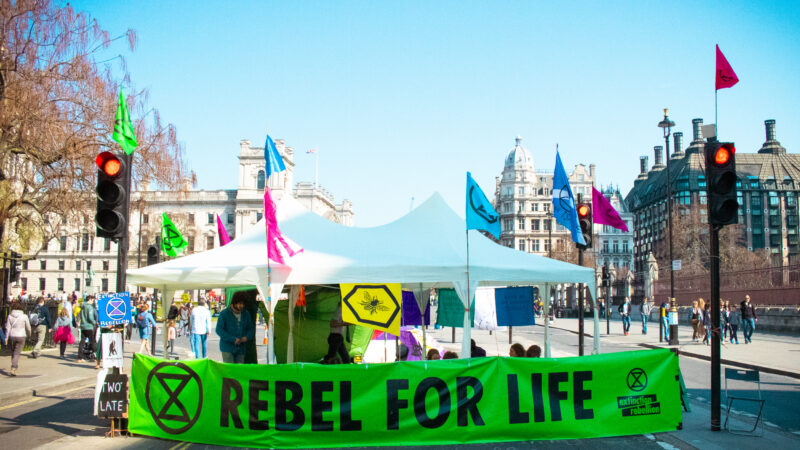 The global climate action group, Extinction Rebellion (XR), are planning their next steps for action they want to take all over the world and their agenda is pretty impressive.

From rebellions to protect Mount Ida in Turkey to rebellions demanding clean air and cutting coal use in Taiwan.

XR has been busy in the last few months and it also has a lot planned as we head into September and October.

Highlights from recent action also stretch to Israel, where rebels helped to blockade parliament to raise awareness of anti-democratic laws.

Quite incredibly, rebels just finished a 12-day hunger strike in Helsinki, Finland to highlight, in their opinion, the government’s lack of action on environmental problems.

Three people went on strike, including a 66-year-old grandmother who stopped eating for six days, and two others who did so for 12 days.

Then there was the Indigenous Emergency action in the UK. The steps of Trafalgar Square were turned red with fake blood and the fountain a neon green colour while rebels painted one hand red and one hand green to highlight the plight of Indigenous tribes in Brazil. Actions also took place in Spain, Portugal, Turkey and the US, with five rebels being arrested.

A total of 706 indigenous people have died in Brazil from Covid-19, which is nearly double the mortality rate of the general Brazilian population.

The Coalition of the Indigenous Peoples of Brazil (APIB) said: “We denounce [the federal indigenous health service’s] lack of transparency and institutional racism and demand respect for our rights.”

12 rebellions that XR have planned

But work certainly doesn’t stop at this for XR. They have an action-packed few months coming up with rebellions planned all over the world.

XR has now released its September Action Pack, detailing loads of other actions taking place across the UK.

This includes campaigning for the Climate and Ecological Emergency (CEE) Bill, which asks for the UK to make and enact a serious plan to tackle the climate emergency.

Kumi Naidoo, previously International Executive Director of Greenpeace International and Secretary General of Amnesty International, said: “This Bill outlines the path needed to avoid the catastrophe outlined by the United Nations…it is farsighted aiming to protect those at risk now and in the future.”