The UK is lagging behind the rest of the world. 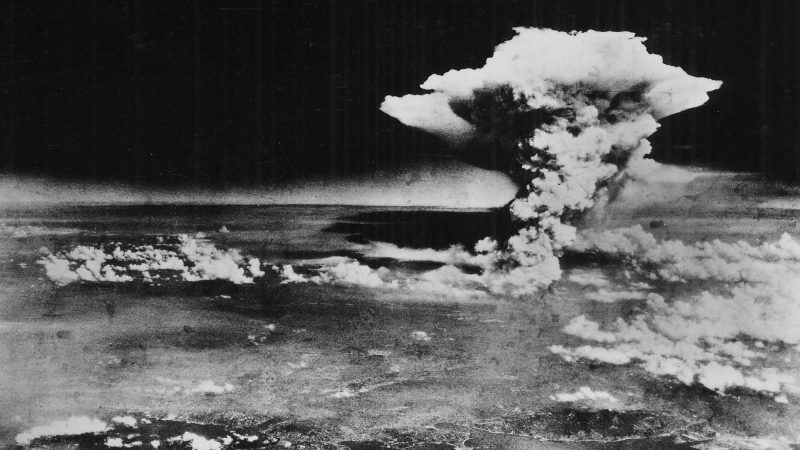 Seventy five years ago, the first atomic bombs were dropped on the cities of Hiroshima and Nagasaki, killing over 220,000 people.

Last month, Setsuko Thurlow, who was a 13 year old schoolgirl when the first atomic bomb destroyed her school in Hiroshima, wrote to Boris Johnson and other world leaders calling on them to learn the lessons of the past in order to prevent further humanitarian catastrophes of the future.

Setsuko and two other girls were able to crawl free.  They escaped into a nightmarish world of desperately wounded people, crying for water.  Most of their schoolfriends burned to death, trapped under the rubble of their collapsed school, calling for help, for water, for their mothers.

In her letter to the Prime Minister, Setsuko wrote that she and other A-Bomb survivors (Hibakusha) have made it their “mission… to warn the world about the reality of nuclear dangers and to help people understand the ultimate evil of nuclear weapons.”

She called on Boris Johnson and all governments to commit to nuclear disarmament and become state parties to the new multilateral Treaty on the Prohibition of Nuclear Weapons.

Today, I endorse Setsuko’s call for the UK to take the necessary steps to sign the Nuclear Prohibition Treaty and join the majority of the world by working for the total elimination of nuclear weapons.

For a fraction of the billions of pounds this government is now spending on new nuclear submarines and upgrades for the Trident nuclear system, we could turn the Atomic Weapons Establishment (AWE) Aldermaston into the world’s leading laboratory for the safe, secure and verifiable abolition of all nuclear weapons.

I met Setsuko at the United Nations in June 2017. She sat through the negotiations. I was able to stay only a couple of days, during which I learned a lot, as over 250 diplomats negotiated the prohibitions and provisions they wanted. I heard the negotiators wrestling with how best to ban all the key activities that might enable anyone to acquire, deploy and use nuclear weapons.

I heard debates on how best to futureproof the treaty and provide practical provisions for nuclear-armed countries such as Britain to join the treaty, safely destroy existing weapons and contribute to monitoring and verifying all aspects of the Treaty.

The governments were advised by eminent scientists and lawyers from Princeton and Harvard and treaty practitioners from several countries that have worked on previous nuclear agreements, safeguards and verification systems for nuclear materials and testing.

The UK, with all our scientific and diplomatic experience should have been in the General Assembly negotiations along with the rest. But we weren’t. Despite claiming to support multilateral nuclear disarmament negotiations, the Conservative government put its ideological commitment to nuclear weapons above the needs of humanity and refused to participate.

On the last day, after the finalised treaty was adopted by 122 states, Setsuko gave her closing speech on behalf of the International Campaign to Abolish Nuclear Weapons (ICAN). As she was thanking the governments, diplomats and civil society for bringing the Nuclear Prohibition Treaty to fruition, the ambassadors of Britain, France and the UK rushed out a press release declaring that they would never sign.

I feel ashamed that this country did not live up to its UN responsibilities and participate. But we still have a chance to make things right.  Setsuko, at the age of 88, is still trying to engage leaders like Boris Johnson, Vladimir Putin, Donald Trump, Kim Jong-Un and all of us.

“As the Covid-19 pandemic has so starkly demonstrated,” she writes, “greater international cooperation to address all major threats to the health and welfare of humankind is urgently needed. Paramount among these threats is the threat of nuclear war.”

Seventy-five years after her Hiroshima home was incinerated, the Nuclear Prohibition Treaty is close to entering into force. As more governments line up to become states parties, the UK is being left behind.

Caroline Lucas is the Green MP for Brighton Pavillion