Testing the limits of privatisation: is it time to hand the test and trace scheme to local health experts? 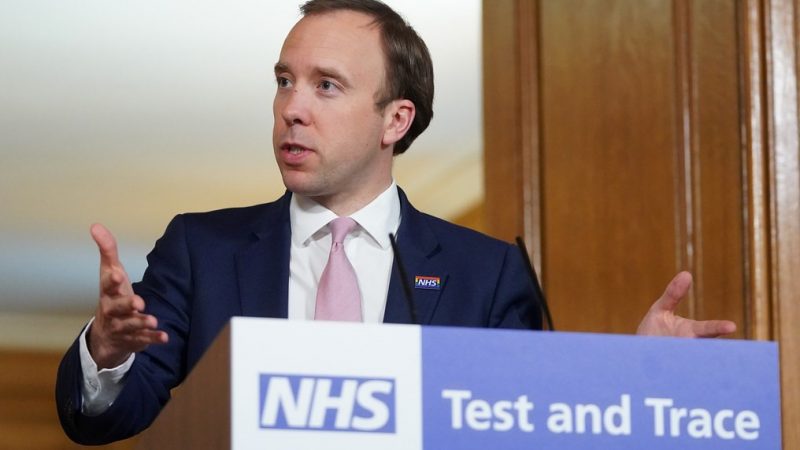 Campaigners are calling local authorities and Public Health England teams to take over from ‘failing’ test and trace outsourcing firms.

The call, issued by campaign group We Own It, comes as the government has set aside over £500m for extending the test and trace programme.

Ministers are yet to confirm whether it will be extending its contracts with private companies who currently manage the national system. Outsourcers Serco and Sitelto currently run the scheme and could be in for a cash bonanza.

But campaigners say these contracts must be ended when they are due to expire on August 23 – and that local contact tracing should be carried out by local public health protection teams.

The Government has announced it is changing the way its programme operates. Previously, the centralised call centres operated separately from local public health teams. Under the new system, staff from the central call handling system will work on specific areas alongside local public health officials. This can be followed up by local teams if national callers cannot reach the person.

Serco has faced heavy criticism for its handling of the system. Its record on reaching contacts in the same household stands at just 52%. The company has also been rocked by scandals throughout its contract.

In May, the company accidentally shared the contact details of 296 of its tracers, in an apparent breach of data protection regulations. LFF then learnt of another breach in the scheme through recruitment firm Workforce.

Staff working on the track and trace scheme have also described themselves sitting idle, without contact from their supervisors, with one claiming they worked for 38 hours without making a single phone call, instead spending the time watching Netflix.

Serco was handed a £1 million fine for its management of accommodation for asylum seekers in Scotland just months before being granted the track and trace contract.

And polling for We Own It recently found that just 15% of the public want private companies in charge of the system, compared to two thirds who think local public health teams should be.

Amid growing concern over the outsourced schemes, several local councils – including Sandwell, Calderdale and Preston – have started the process of setting up their own test, track and trace programmes in response to the failures of the national system.

We Own It’s campaigns officer Pascale Robinson said: “It’s been more than six months since the first confirmed case of Covid-19 in the UK, and nearly three months since England’s supposedly ‘world beating’ system was launched. And yet we’re no closer to getting a system which is anything close to what this pandemic demands.

“The evidence is therefore abundantly clear – the privatised national test, track and trace system has catastrophically failed. So it’s right that the government has recognised that a new approach is needed.

“But a system where national call centre staff managed by a private company make the initial call and local teams can escalate later just isn’t fit for purpose. Instead, we need a localised system run by the people who know what they’re doing and can deliver it effectively.

“That means that we can’t continue with the farce of Serco and Sitel heading up the programme. Local councils and Public Health England teams must be given the £528 million currently allocated for potential contract extensions with Serco and Sitel.”

The Unite union said that local government, which has a long history of delivering public health initiatives, should be the recipient of increased Whitehall spending.

The union said such a redirection of funding could herald ‘a renaissance in local government’, which already held the public health portfolio, such as health visiting and school nursing services.

Unite national officer for local government Jim Kennedy said: “This foolhardy and expensive reliance on private sector companies by the Tory government to deliver a comprehensive ‘test and trace’ programme is just another example of a misguided outsourcing policy that includes the ignominious failure of G4S to provide adequate security for the 2012 Olympics.

“Local government has a proven history going back to the end of the 19th century for delivering public health initiatives to local communities – it is a scandal that it has been by-passed up to now in favour of controversial outscoring companies where shareholders’ profits trump the public good.”