A lawyer's plea for us to think before we lose yet more of our brightest and best is worth listening to. 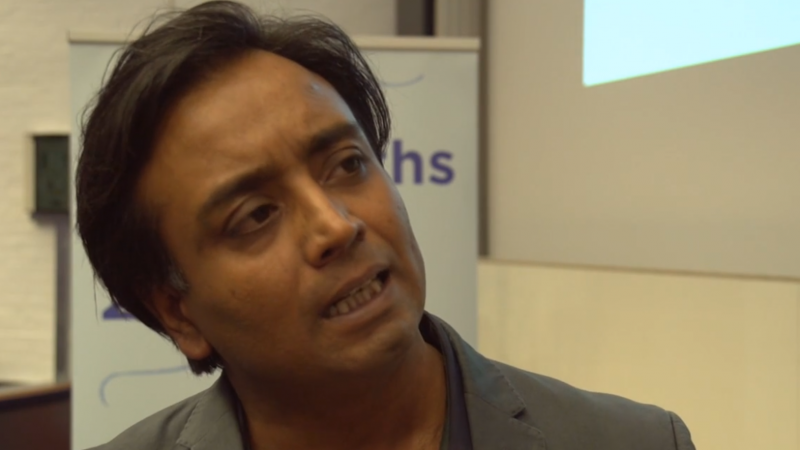 Issues of race, migration and discrimination are constant in 2020 – just as they have been since the Brexit referendum.

This month it’s centred on the UK’s responsibility to accept asylum seekers, all taking place against the backdrop of the Black Lives Matter movement.

Yet it still feels as if we are yet to have a grown up debate about the kind of country we want to live in – and how we might resolve the racism and bigotry that still pervades so much of our debate and society.

Lawyer Zia Haider Rahman spoke recently on his experience of life in the US and UK as an Asian doctor. In the face of discrimination early in his career, he left for the US, only to return to the UK when the ferocity of US racism overwhelmed him.

Rahman’s argument ought to be sobering for any white British listener. He reflects on the fact that as an Asian he is regularly told that if he does not like it here he can always leave – advice never given to his white peers.

Rahman’s final line highlights the loss that the UK suffers through our choice to allow systemic racism and our toxic debate over migration. Our obsession with inward migration blinds us to the huge loss we suffer from outward migration. Wishing that someone else would leave, he says, is our right. But we should be careful, not only because we may get our wish, but because we already are.

He pushes his point home not with statistics but with the story of his friend Yusef, who was held back in his career as a doctor in the UK and is now a senior doctor in a New York hospital, and with the story of Dr Fiona Hill, who emigrated to the US to pursue her career not because of her ethnicity but because of her class. Academia, Rahman says, overcomes class to a far greater degree in the US than it does in Europe.

In a year where issues of deep injustice have rightly been at the forefront of our minds – whether police brutality in the US, the shocking rate at which black and Asian people have suffered from Covid-19 compared to white people, or Priti Patel’s willingness to ignore international protection law for asylum seekers – it may seem perverse to discuss the loss of educated middle class people wealthy enough to emigrate.

But those of us who wish to help build a Britain that takes ending racism seriously – where it is universally acknowledged that Black Lives Matter and that black and ethnic minority NHS workers deserve the same career opportunities and protections as white colleagues – must recognise that our task is made all the harder if our natural allies give up in their thousands.

When doctors at the top of their fields leave, we all suffer. Even before Covid-19 the British medical establishment was raising the alarm about a system in crisis because of the loss of senior doctors to the US, Australia and New Zealand because of poor conditions here. And the UK has lost thousands of academics since the Brexit vote. When that happens, our universities, research and children’s educations suffer. All these are joined by creatives, bankers and more.

We all have a responsibility to be honest about our complicity in systems of injustice, oppression and neglect. 2020 has rightly been the year where not being racist is no longer enough. We all need to find ways to take anti-racist action.

But personal change alone will never be enough. Racism will not end in a country whose government’s response to Black Lives Matter was to refuse to implement the recommendations of reports into systemic racism. Or where ministers kicked the can down the road with a review led by someone on record as a disbeliever in the institutional racism she will investigate. The lack of value placed on non-white human life will not end in a country whose Home Secretary refuses safe and legal routes for asylum seekers and threatens to make the Channel crossing ‘unviable’.

Rahman’s plea for us to think before we lose yet more of our brightest and best – of all races and backgrounds – is worth listening to.

For now, he remains here in the UK, working and hoping for a better country. But unless change comes, we will lose more like him, free movement or no free movement. Piece by piece, we will all be poorer.

Mike Buckley is Director of Labour for a European Future.