Around 650 jobs are at risk in Guildford, Falkirk and Scarborough. 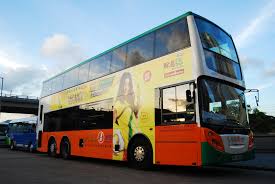 Unite the union is calling on the government to move faster on its plan to buy 4,000 electric buses in order to save Britain’s bus-building industry.

With bus-builder Alexander Dennis Limited (ADL) planning to cut 650 British jobs, the union said the government should use its buying power to force the company to abandon job cuts and outsourcing.

The company, which is owned by the Canadian NFI Group, builds buses and coaches at sites in Guildford, Scarborough and Falkirk.

According to Unite, the company has been planning to cut jobs in North America and the UK since before the pandemic hit orders.

The company has won a contract to build Berlin’s buses but plans to use its site in Turkey rather than those in the UK.

Today, the company announced it will cut 200 jobs in Guildford, at least 160 in Falkirk and 90 in Scarborough.

In February 2020, the government pledged to buy 4,000 electric buses – 10% of the UK’s existing fleet. However, it has yet to place an order for these buses.

Commenting, Unite national officer for automotive Steve Bush said: “These disgraceful cuts are an acceleration of the footprint reduction outlined in NFI’s pre-Covid strategy – a strategy that until this week was hidden from ADL’s UK workforce.”

“The company has made no attempt at a proper consultation with Unite and has attempted to pass off these cuts as an inevitable result of the pandemic downturn. Unite has received no official confirmation of the job losses announced this morning and staff are still in the dark as to where many of the redundancies will fall.

“ADL and NFI’s actions are naked corporate vandalism driven by greed and will not go unchallenged by Unite. The union continues to call for the government to bring forward its order of 4,000 new low emission buses, but any public money including new orders, must now be conditional on the company retaining jobs and keeping work in the UK.”

ADL President Paul Davies said: “We have no choice but to implement these tough decisions to protect the company’s future health. We remain confident that the situation will improve in time, and we are well placed to take advantage when that happens, but right now we have to adjust to our new economic reality.

“We continue to call upon the UK and Scottish Governments to urgently introduce meaningful support to facilitate demand for new buses and coaches, not only to prevent further damage to UK bus and coach manufacturing that could threaten additional production sites, but to help build back better with a green recovery that delivers cleaner air for our towns and cities.”

“The installed UK fleet is currently approximately 50,000 buses and 21,000 coaches with an average age of nearly 11 years. Further, only 0.1% of the total fleet are electric, which provides opportunity for massive reduction of the environmental footprint.”