The Lib Dem leadership contest has revealed the tensions at the heart of the party. 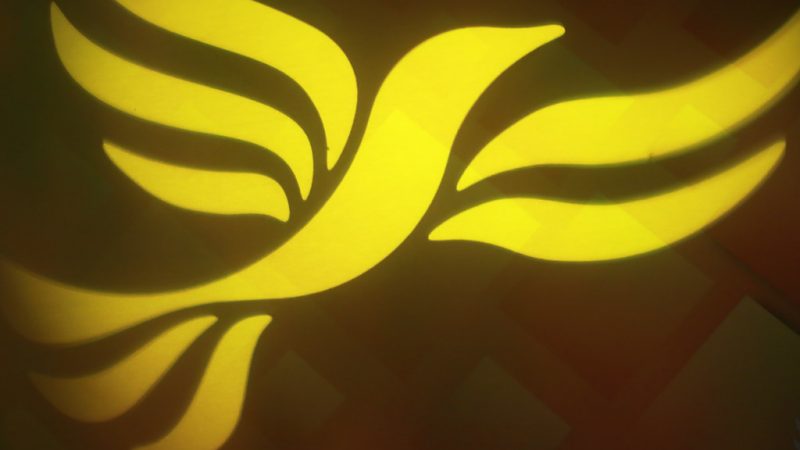 You would be forgiven for it having escaped your attention that the Lib Dems are having another leadership election. Yes, yes, we do still exist, I know, it’s shocking. Yes, I know, we keep having leadership elections. I am as tired of them as anyone.

I am writing this in the interregnum – or as Lib Dem Friends of Gin have helpfully termed it, because we are all being driven to alcohol by the fourth leadership election in five years, “the ginterregnum” – between close of polls and the results being announced. Right now, I do not know whether my leader will be Ed Davey or Layla Moran and I am in a state of unease.

My unease is partly due to worry as to whether or not my favoured candidate will win – and I’m not going to pretend to be neutral, I was very much Team Layla – but also due to the tensions this leadership election has exposed within the party.

We’re not doing great right now. My views on the reasons for that hardly matter: we’re at 6% in the polls, and circling the drain of political oblivion. Whoever the leader is, they have a mountain to climb to win back the trust of the party, and more importantly the electorate. Perhaps because of that, this leadership election has caused rifts in the party the like of which I haven’t seen in many years, if ever. It feels existential. It feels like a last chance in so many ways.

For Ed Davey in particular, it feels like a last chance because he’s been here before. Twice, if you count that time he was mooted as a candidate before, but Vince Cable said he’d only be leader if there was no contest. If Ed doesn’t win this one, he can hardly run again.

For Layla Moran it’s last chance-ish in a different way. She, too, was mooted as a candidate in a previous leadership election and ended up not going for it. But also, this election feels like it is such a crux point for the party that many of her supporters are openly talking about leaving the party if she loses, because it will no longer be a party they wish to campaign for.

Some of Ed’s supporters dismiss this as hyperbole, and accuse those saying it of hysteria. I think that’s a mistake. People do not give their time to the Lib Dems because they think it’s an easy path to a political career. They do it because they believe. They do it because liberalism is core to their identity. If people feel Ed would be a disaster, it’s up to him, if he wins, to engage with that and do something to reassure those who are scared of what they think he will strip from their cherished identity.

This leadership election has felt so existential because it has exposed the crack in the soul of the party: do we believe in a radical, reforming liberal agenda or pragmatic managerial centrism? For most of us, of course, it’s a mixture of both. You can’t get radical liberalism into power without compromising a little with pragmatic reality. But the two candidates embody those tensions in a way we haven’t seen since, well, probably since Steel/Pardoe, and that was before the Lib Dems were even the Lib Dems.

I hope that by the time you read this, my leader will be Layla Moran. I further hope that if my leader is Ed Davey I can come to terms with that, and heal the friendships that have been strained by being on the opposite side for what feels like forever (and pity the poor Greens, their leadership election started before ours and is finishing after, so solidarity with my friends over there). I hope that we can all recognise that what binds us as Liberals is more important than the real ideological differences between us. I hope the bruises heal quickly. I hope, I hope, I hope…

Now if you’ll excuse me I’m off to launder my “Don’t Blame Me I Voted for Pardoe” t-shirt – I have a feeling I’m going to need it.

Jennie Rigg, described by Pink News as a senior queer in the Lib Dems, is a member of their federal conference committee and on the exec of LGBT+LDs.