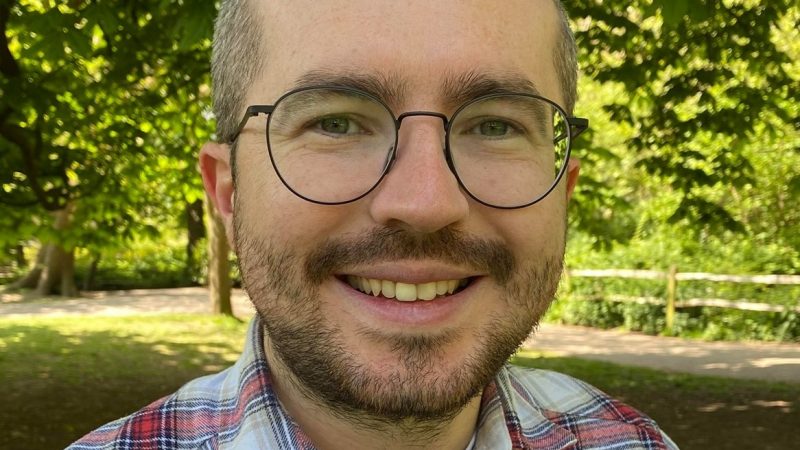 I joined the Green Party when I realised the other political parties had failed to protect our environment. I was studying for my undergraduate degree, a BSc in Environmental Science, and a lecturer on the ecological economics module opened my eyes to the horrifying reality that is capitalism’s unquenchable thirst for extractive, infinite linear economic growth on our finite planet.

I would have been tempted to join Labour, but it’s support for the Second Gulf War had always put me off. Today, the reason I am a Green and not, for example, a Liberal Democrat or Labour member, is because Greens are the only ones to propose a post-neoliberal society which does not continue to push against ecological limits.

The Greens are also committed to dismantling systems of oppression and to empowering those in need.

The Green Party’s policy platform is about moving our society and economy away from this planet wrecking, GDP-loving growth model and towards a circular, localised economy. In the context of UK politics in 2020, that is ultimately a Left politics, and places us to the left of Labour.

We want to move away from an economy dominated by government-supported oligopolies which extract profit when times are good, and get publicly funded bailouts when times are bad. We want to distribute wealth in a fairer way which levies higher taxes on the rich, and provides a Universal Basic Income on top of a reformed welfare system, giving everyone a much needed safety net as we enter the second major economic crisis of my lifetime.

Former Green Party leader, Natalie Bennett (now Baroness Bennett), did a good job of getting a decent proportion of the electorate to see a coherent connection between the interdependencies of climate justice and social justice.

As a result, she ignited a movement of people who weren’t happy with the neoliberal consensus and positioned the Greens as the uniquely anti-austerity party, at a time when Ed Miliband’s Labour was triangulating towards the centre.

Wavering by some in the Green Party since 2016 on things like being up front about our politics, support (or lack thereof) for unions, uncritical support of the EU and some badly judged comments about issues affecting marginalised communities, meant people already drawn to Corbyn’s Labour, left the Greens.

I have also been extremely disappointed with the ongoing row in the Green Party over trans rights. As a non-binary person myself, I am acutely aware of how damaging that small number of very vocal voices can be. A key component of my deputy leadership campaign is about unashamedly demanding we do better on trans rights. If we don’t get this right, we will shed even more supporters and find it even more difficult to campaign for climate action.

We have a whole new generation of politically engaged young people who caught the tail end of the Corbyn project and saw a disastrous general election for Labour in 2019. Those young people liked what he said about the environment, free tuition fees, renationalised rail and redistribution of wealth.

Starmer has clearly started to veer back to the right, as is to be expected from a party which got such a thrashing at the last election with a left wing leader. And on Labour’s commitment to environmentalism, a very worrying story in the Independent said that their commitment to relatively ambitious climate action was ‘under review’. But this apparent abandonment of the ecosocialist left ground presents a fantastic opportunity for the Greens.

If Greens can again become that crystal clear voice for climate and social justice, trans rights, anti-austerity and a Green New Deal, then I believe we can yet again become a force to be reckoned with in England and Wales.

We have nine years left to take unprecedented action on the climate emergency, before it’s too late and we’re locked into climate and ecological breakdown.

The Tories won’t do it and Labour won’t either without pressure from the Greens. We need to be the loud alternative Left, environmentalist vote, otherwise we will be lost in the noise of the other failed centrist experiments.

Tom Pashby is a candidate for deputy leader of the Green Party.

Left Foot Forward is currently offering a platform to all the deputy leadership contenders.