Thanks to the 'transition period', he still has freedom of movement. 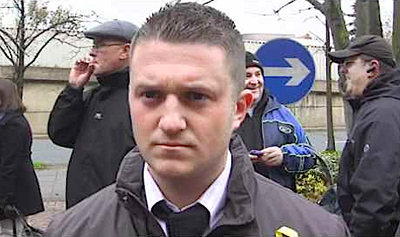 Far-right activist Stephen Yaxley-Lennon has announced he and his family will migrate to Spain after an alleged arson attack on his property.

Lennon, who calls himself ‘Tommy Robinson’, is able to move to Spain because the UK and European Union have agreed a ‘transition period’ until the end of the year. This transition period means that British citizens like Lennon still have freedom of movement across the EU.

Lennon must now register as a Spanish resident if he wants to gurantee his freedom to live there beyond 31 January 2021. If he doesn’t, his right to live in the EU will depend on the outcome of negotiations between the EU and the UK.

Lennon has been convicted of several criminal offences. Under EU law though, he can only be deported from Spain if the expulsion is ‘proportionate’ and based on his own personal conduct. He cannot be deported just for being judged a threat to Spanish public policy or public security.

When the transition period ends, the UK government is likely to take measures to make it easier deport EU citizens who commit crimes. EU countries like Spain are likely to reciprocate by making it easier to deport British criminals.

As an EU migrant to Spain, Lennon and his family will be entitled to access healthcare in the same way as Spanish citizens. They will also be allowed to work in Spain and may be able to claim some Spanish and some UK benefits.

Lennon said he was moving because his wife’s property had been targeted by arsonists and his family were not safe. “It wasn’t Muslims that done this. It was after all the BLM stuff. I think I know who it was,” he said.