Johnson's trade plans are falling apart by the week. 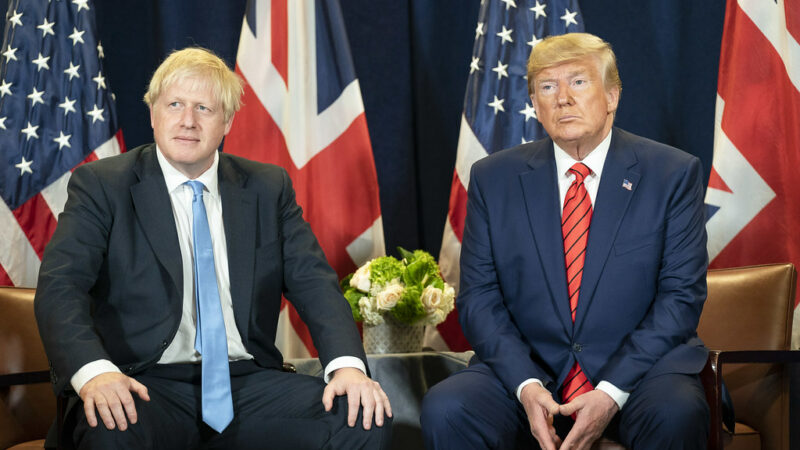 According to reports, Boris Johnson’s government has now all but abandoned hopes of clinching a US free trade deal ahead of the presidential election in November, despite previous optimistic assurances that the talks were going well.

UK and US unions have long warned that getting a trade agreement with the US ahead of the election was almost impossible.

UK negotiators have blamed the ‘slow progress’ on the coronavirus crisis, which will have been a major factor. But statements by the US trade representative that they are seeking access to the NHS and the UK pharmaceutical sector – as well as the acceptance by the UK of US exported food including chlorine washed chicken and hormone enhanced agri-foods –have undoubtedly helped put these discussions on hold. That and Trump’s unpredictability, plus his mounting problems in the USA.

Having issued that tweet, we then had the sight of Tory MPs trooping through the lobbies to vote against a series of opposition amendments to the Trade Bill – including those that would have created democratic scrutiny of trade negotiations and protected our NHS from control  by other countries and foreign companies.

But union colleagues in Washington with inside knowledge of the talks say that the highly experienced US negotiating team have exploited the UKs weak negotiating position, “like a cat with a mouse”.

“It’s a bit of light exercise before lunch” a senior US union official told me.

Equally, US unions say that if Trump loses and Biden wins the US position is unlikely to change on trade with the UK. The US has set out its position on any trade deal which is to squeeze the last drop it can out of the other side. For Biden – a deal with the UK will be “not a priority” a US union official told me recently.

Truss has also been busy extolling the virtues of joining the Comprehensive and Progressive Agreement For Trans-Pacific Partnership with counties up to 3000 miles away (including Australia, New Zealand, Japan, Peru, and Canada) to try to make up for no trade agreement with the EU.

It’s a similar picture for Foreign Secretary Dominic Raab,  who was ridiculed when he announced the opening of trade talks with the European Free Trade Association (EFTA) the regional trade organisation consisting of Iceland, Liechtenstein, Norway, and Switzerland, all countries who were already part of a relationship the UK as part of the EU. Raab said trade with EFTA was worth £66bn. Few believe it. Even if was correct, it is a fraction of the £300 billion we make from exports to the EU.

The UK now has 19 trade deals which were ‘rolled over’ from the EU…which represent 8% of total UK trade.

David Frost the UKs lead negotiator seems now to be accepting that there will be no trade agreement with the EU, and instead we could be trading under bare-bones World Trade Organisation terms (possibly with the less than convincing Tory Liam Fox as its head). The government are calling it an ‘Australia style’ deal – which isn’t a real deal at all.

A no deal or a bad deal would put millions of jobs that depend on EU trade on the line, as well as increasing the risk that the government will tear apart workers’ rights that we have from EU law.

All of this is a long way from the ‘oven ready’, ‘no tariffs’, ‘no fees’ ‘business as usual’ that Johnson promised voters at the General Election.

Tony Burke is Assistant General Secretary at Unite and sits on the TUC General Council. He is a Contributing Editor of Left Foot Forward.