The backlog in our justice system is caused by cuts, not by Covid, write Alex Kane and Emily Bolton from APPEAL. 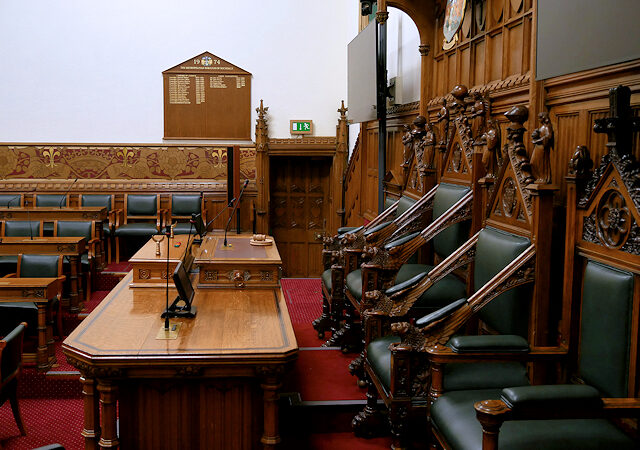 The right to trial by jury – to judgment by one’s peers – is the latest to find itself on the Ministry of Justice’s chopping block.

Justice Secretary Robert Buckland QC has indicated that legislation to abolish some jury trials could be passed within weeks. However, recent months have shown the dangers of hasty legislation.

A CPS review which showed that 100% of prosecutions under the Coronavirus Act had been unlawful. Take away the rights of tens of thousands of people to be tried by their peers, and we cannot expect justice to be served.

Buckland, put the backlog – which stood at 40,526 cases on 24 May – down to the coronavirus pandemic. However, that backlog had already reached 39,214 cases before lockdown. Previous warnings from the legal profession had fallen on deaf ears. Courtrooms already sat empty: the Ministry of Justice was not funding sufficient judges to staff them.

Now, trial by jury, a key safeguard and fundamental right for defendants, is under threat. Under the government’s proposals, ‘either way offences’, risk falling to be heard by only a judge with two magistrates. These encompass crimes such as sexual assault, theft, and inflicting grievous bodily harm. These are crimes for which convictions can send people to prison and destroy families and livelihoods.

Power from the people

The proposals put decision making in the hands of three judges rather than twelve members of the public. Whether looking at class background, race, age, or gender, our judiciary falls far short of representing modern Britain by just about all measures.

2019 diversity statistics show that that just 32% of judges are women and only 1% are black. Curtailing the only aspect of our criminal justice ecosystem which reduces bias and reflects demographics is a backward step.

And even more importantly, the perspective of a juror is fresh. Once your service as a juror has finished, you are unlikely to return to the jury box again. You don’t stick around long enough to become jaded and tired of hearing excuses day-in, day-out. You do not become cynical or case-hardened. You give a witness or a defendant your full attention, because the whole scenario of judging your fellow human is new to you.

Although juries are not perfect, and inevitably make mistakes, applying the common sense of 12 ordinary people to the evidence is more reliable than letting a handful of judges and magistrates decide people’s fates. Criminal cases come down to subjective determinations of issues such as whether someone was acting honestly, whether an act of self-defence was reasonable, whether a sexual encounter was consensual. The question is always ‘who to believe?’ Nothing has more impact on who you believe than who you are, and the range of your own life experiences.

If the system starts making more mistakes, it will struggle to correct them. Those very same funding cuts which caused the backlog to begin with, surface once more when trying to put mistakes right, with appeal lawyers in short supply and court hearings hard to come by. The police who failed to disclose evidence at trial continue to hold evidence hostage during the appeal, and the judges of the Court of Appeal decide cases based on only a fraction of the evidence.

It was not the virus that caused the criminal justice system to falter. The answer is proper funding, rather than citing ‘affordability’ to scrap a right that goes to the very heart of democracy and fairness, upon which we have all depended for centuries.

Measures to prevent the COVID spread have impinged on our liberty to work, to consume, to trade, and to gather. But if these proposals of Buckland’s gain any momentum, they will rob innocent people of their liberty altogether. That is surely something that for us, as a society, is even less affordable.

Alex Kane is Case Analyst at APPEAL, and Emily Bolton is Director at APPEAL. APPEAL is a law charity that fights miscarriages of justice and demands reform of the criminal justice system in England and Wales.