“Either through accident or design, the country is being run to suit the interests of Mr Murdoch and the companies he owns." 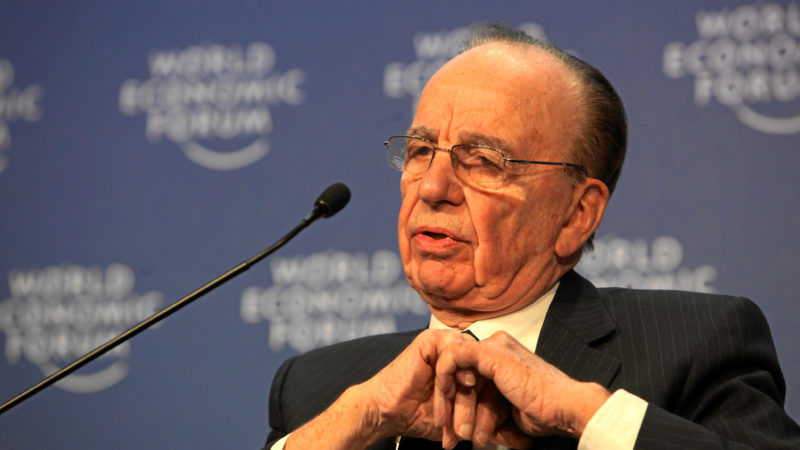 Media campaigners at Hacked Off have laid bare the remarkable levels of access Murdoch’s papers have to the Tory Government.

The report ‘Unelected: The Insidious Influence of Rupert Murdoch at the Heart of Government’ finds that Rupert Murdoch personally met with the Government three times in Johnson’s first six months.

The last of those meetings was only 72 hours after the General Election result was announced.

And 41 meetings took place between Murdoch company employees and representatives of the Government in the first six months of Johnson’s Government.

Further findings include the revelation that over 2018 and 2019, employees of Murdoch’s News UK publisher and newspaper titles met with Government Ministers or their advisors a staggering 206 times. This includes editors and executives working for The Times, Sunday Times, Sun and Sun on Sunday newspapers.

What was discussed at these meetings has not been published.

Hacked Off Policy Director Nathan Sparkes said: “Editors and proprietors meeting with politicians is a fact of life, but the sheer volume of meetings to have taken place between Murdoch’s interests and the government – and the failure of either side to disclose what was discussed – leaves the public in the dark over the extent of Murdoch and his associates’ influence on the Government.

“The policies pursued by this Government include the scrapping of a public inquiry into alleged corruption between politicians, newspapers and the police, and a do-nothing approach to bullying, abuse and unethical conduct in the press.

“Either through accident or design, the country is being run to suit the interests of Mr Murdoch and the companies he owns. Mr Johnson must take back control and begin to govern in the interests of the public.”

Graham Johnson, Editor of Byline Investigates, writes in his foreword to the report: “I don’t know of any other outfit in the uk, which is said to be involved in this level of illegality, with direct, frequent access to the prime minister.

“After the phone hacking scandal in 2011, many of us assumed that the politicians would run for cover and that Murdoch’s pull in the corridors of power would be diminished. But this report…reveals the exact opposite. Within 72 hours of being elected a year ago, Boris Johnson was on a pow-wow with his unelected boss of bosses.”

In March 2018, the Government confirmed that the second stage of the Leveson Inquiry which followed the phone hacking scandal was being axed. The inquiry was intended to examine relationships between journalists and the police. Labour condemned the move and Lord Leveson accused the government of breaking pledges made to phone-hacking victims.