The #AgriBill will determine our countryside's future. 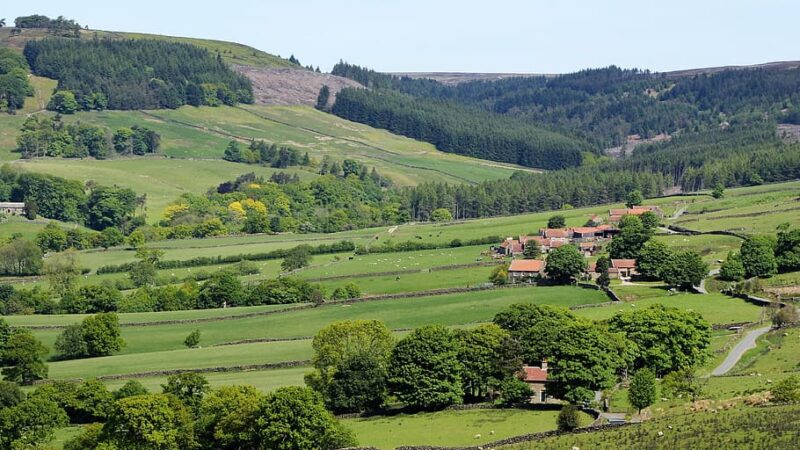 Let’s imagine a sunny day in July in 2040. With the school holidays just started,a family decide it’s a perfect day for a walk in the English countryside.

But what do they find when they get on the footpath and stride away from the train station?

A countryside blanketed in giant fields of monoculture, genetically modified, identical, stretching as far as the eye can see.

The monotony is broken only occasionally by struggling strips of set-aside land – the boggy and stoney bits, on which an occasional bee and butterfly can be spotted.

If there’s any sign of human life, it is a giant tractor, spraying fungicide or pesticide.

This farmer will be a rare sight and will be forced to comply with the demands of supermarkets and multinational manufacturers of ultraprocessed food that tastes exactly the same all over the world.

Much of the farmer’s crop will be wasted, going into feed for animals in miserable conditions on factory farms. As now, only 6% of the profit from the crop will go to her.

Or will the family see a patchwork of fruit, nut and native trees? Vegetables and grains in short intermixed strips amid ponds and hedges.

People work cheerfully, ready to stop for a chat, to offer the taste of a wonderfully ripe tomato, or some plump gooseberries.

Bees buzz, butterflies flutter and birds swoop, finding something for them on every inch of the land. Beneath the family’s feet, the soil is rich with life, swollen with organic matter.

When they stops beside a river at the pub, what will be on the plate? Hormone-laced US beef and chlorine-washed chicken? Vegetables shipped from Africa heavy with the weight of water that the locals could not spare? A ready meal laced with  artificial flavours and colours for ultra-palatability hastily microwaved by a resentful minimum-wage, zero-hours contract worker?

Or a fresh food delight of local salads and produce, picked just that morning and bursting with natural flavour and nutrients, not needing more than a touch of dressing and seasoning, carefully put together by a decently paid, respected local cook?

Today, the House of Lords begins debating these two potential visions of the future of the British countryside and the food on our plates.

For finally, the Agriculture Bill is in its final stages. The government hopes it will receive Royal Asset in a couple of months. They want it done in time for the end of the Brexit transition period so that we won’t have to see another hasty last-minute extension of the EU’s Common Agricultural Policy (CAP) payments to prevent widespread bankrupting of farmers.

CAP, particularly as applied in the UK, has been a disastrous policy. Driven by a productivist agenda of Big Food – more calories, more uniformity, bigger scale – it has sent a message to the agricultural sector of “get big or get out”.

The CAP has driven the grubbing up of hedgerows and the destruction of meadows, helped empty out our villages and drained our market towns. It has led to the horrors of factory farming and the collapse of biodiversity and bioabundance and it has contributed to our obesity crisis and damaged our lungs.

The Agriculture Bill as it exists today contains an important principle. It understands that farmers and growers are the custodians of our countryside, essential to restoring our hideously nature-depleted land, and are crucial to ensuring that our countryside plays its part in tackling the urgent, existential threat of the Climate Emergency.

What it lacks – what many amendments are seeking to put right – is the understanding that they are also crucial to our food security in a world of dangerous shocks and insecurity, that they should be producing most of the food on our plate, mostly locally.

The idea that free trade with the world that would ensure our future food security is the thinking of a past age. In the time of Trump, Putin, a belligerent China and a hungry world, this idea is now remarkably dangerous.

Yet those ideas cling on in this government which resisted fiercely the “Parish amendment” in the Commons.

This would have insisted that imported food meet the standards of food safety and environmental protection that were the positive side of EU agriculture policy. These positives were hard won often by mass campaigns. That provision protects our own standards, as well as keeping out some of the world’s most damaging produce.

That amendment, and others, have brought together some sides of politics that are rarely united. The National Farmers’ Union petition backing the Parish amendment has more than a million signatures. Conservative farm owners and men who own counties’ worth of land stood up in the Lords in the Second Reading debate to decry the government’s approach.

The other crucial failure of the Bill is that it is built on the assumption that producing food is going to be destructive to our natural environment, that it needs to be concentrated in some parts of our land that is sacrificed for our needs, while we pay farmers to spare other parts, to look after nature and store carbon.

In contrast, as set out in many amendments, is the vision that food production can meet the needs of people and planet, that whole farm agroecological systems can produce a truly “green and pleasant land” in every corner, on every field.

“Cheap food” has cost us the Earth and our health. It is built on a model of a poor, hungry society, dominated by a handful of multinational companies. It has made Britain one of the most nature-depleted nations in the world and seen a collapse in the number of farms and farmers. Villages and countryside have been turned into a desert of commuter homes and holiday lets.

So this is a crucial bill for everyone, with many issues and angles to explore. Today, from 1pm to 2pm, there’ll be a Tweetstorm highlight that fact, with the hashtag #Agribill.

Will you be joining in to help decide what our land looks like in July 2040?

Natalie Bennett is a contributing editor to Left Foot Forward, a former leader of the Green Party of England and Wales and a member of the House of Lords.