The advertising ban won't come in for two years - and may not cover social media. 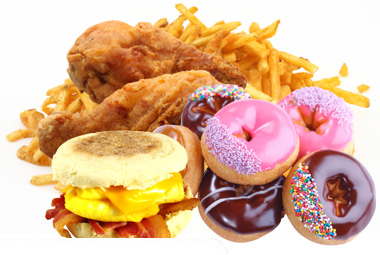 Boris Johnson has seen the light through a personal near-death experience with Covid-19, and the government has, with much pre-leaking to newspapers and media fanfare, announced a new anti-obesity strategy.

But it has been put on the scales, and found to be seriously underweight, unlike the nation.

The top line, the planned pre-watershed ban on television advertising, in a classic government ploy of kicking the can down the road, is to be brought in two years’ hence.

A quarantine law for travellers to Spain can be brought in with a day’s notice, but it will apparently take two years for a simple advertising ban, to allow, we’re told, companies to reformulate their menus to be allowed to continue to advertise.

So a bombardment of advertisements for junk food will be fine far into the future, for the whole of the time through which we expect Covid-19 to remain a threat (before – we hope – the arrival of a vaccine). But the multinational companies who engage in widespread advertising won’t suffer inconvenience.

Whatever happened to the national sprint to lose weight before the threat of the “winter spike” of SARS-Covid-2?

Most companies would have products that fit into “healthy” guidelines – however inadequate they might be. That’s if they want to, as most seem to do, advertise on Transport for London, where a ban on junk food advertising has applied since February 2019. The government could just have picked up that model: was it only because of a desire not to give Brownie points to Sadiq Khan that they didn’t?

And what about internet advertising? Children, who the ban is designed to protect, on average spend 20 minutes more a day on the internet than they do in front of television, a figure that is only likely to grow.

A watershed ban isn’t quite an irrelevance, but it is fast heading that way. It won’t affect Youtube adverts, or Instagram posts. There’s a “consultation” about tackling this. Otherwise known as kicking it into the long grass.

The other measures may be slightly more immediate in operation, but are similarly modest and inadequate.

Calorie-labelling on menus gives people information they need, but does not seem to cover the number of fruit and vegetable servings, which experts are highlighting as crucial.

A ban on two-for-one offers is a start, but will be met with dread for many households who rely on them to help make ends meet when they’re scrambling simply to avoid hunger.

Provision for work in the NHS – particularly referring patients to slimming services – are similarly short on evidence. Of 100 people who “go on a diet”, three will keep that weight off. Surely NICE would not approve spending on a drug on that basis. But it will create lots of business for slimming companies.

The government’s whole approach is well behind the science – which is seeing simplistic measures of High in Fat, Sugar and Salt (HFSS) as inadequate, particularly given the lack of actual nutrition in so much of the food that we eat. If people simply eat less, even more of the population will be deficient in nutrients.

What’s lacking are measures to promote provision and availability of genuinely health food – vegetables and fruits particularly. It would be hard to increase the government guidelines of “five-a-day”, with so much of the population reaching little more than half of that, but it should be 10-a-day.

And there needs to be a rapid shift away from the 56% of calories in the British diet coming from ultraprocessed food, as canvassed in a recent excellent, cross-party debate in the House of Lords.

So what’s happening is agonisingly slow, and ill-directed. But perhaps the biggest problem is the underlying approach.

The Prime Minister is scrambling to say the strategy will not be bossy or nannying, but it is entirely focused on the individual.

There’s nothing to say companies must produce healthier food, and stop producing the ultraprocessed pap. Nothing to push the stocking of healthier ranges in supermarkets. And nothing to help people get the healthy food they need.

There’s no sign of understanding – or at least acceptance – that poverty, inequality, food deserts, lack of access to land for food growing, lack of cooking facilities and lack of education about food are all significant issues.

There’s nothing on the toxic inter-relationship between sport and bad food, action the experts are calling for.

This “obesity strategy” tackles none of these issues. Instead, oddly, for an administration so attached to the idea of not “nannying”, it waves a finger at overweight individuals – the majority of the population – and says “you must read the labels”, “you must go to the slimming club”.

It firmly refuses to see, or tackle, the source of the problem, our disastrous food system, from which supermarkets, multinational manufacturers and fast food chains make a fortune, while the rest of us pay with our health.

As the House of Lords has considered the Agriculture Bill, I’ve been among those pushing for consideration of nutrition-sensitive agriculture.

What we also need is a nutrition-sensitive food system, one that ensure everyone can eat well, be fully nourished. It is fair to say the “obesity strategy” will do nothing for that, and precious little for the state of our waistlines.

The measures are tiny and slow and the nutritional science is ignored, as is the practical reality of individual lives in a poverty-wracked, inadequately housed, insecure society.

Natalie Bennett is an associate editor of Left Foot Forward, a former leader of the Green Party of England and Wales and a member of the House of Lords