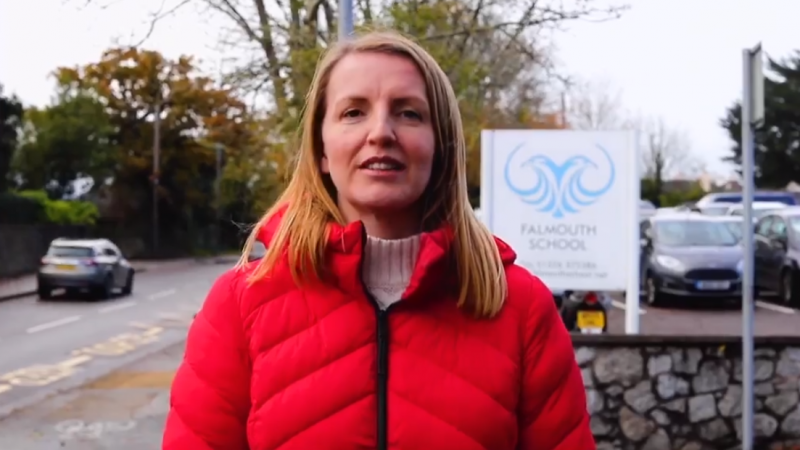 A leading activist in Cornwall’s Labour party has challenged the Labour leader, after he apparently failed to inform local members ahead of his visit this week.

Jennifer Forbes, who was the party’s Truro and Falmouth candidate in 2019, hit out on Facebook after Starmer visited the coastal town of Falmouth on Wednesday and called for more support for the tourism sector.

But many local activists wanted Keir Starmer to focus on a Green New Deal, rather than boosting tourism.

Jennifer Forbes, who sits on Momentum’s National Coordinating Group, wrote on Facebook after the trip:

“First he failed on courtesy to contact the CLP exec, or myself as ex-PPC. Having worked for 70 hours a week for nearly 2 years. I know a thing or two about what worked in Truro & Falmouth-we learnt, and had some valuable successes. As has been noted elsewhere, his visit was organised along factional lines.

“So we were snubbed. Besides the rudeness, there are two significant problems with this. One: he promised unity. I really want him to just try a little to deliver on that. He seems to be doing the opposite & that’s not good enough for the whole party.

“Secondly and most importantly, he got the policy issues embarrassingly wrong. Twitter picked it up before he even arrived. One of the poorest counties in the UK does not need more of the same [increased tourism]. The polices we put forward to expand the docks and the green industrial revolution were hugely popular because they were based on what the voters want. Tourists might want to protect our tourism industry, but locals want more high quality jobs.

“Added on to this were the really upsetting comments to the local press. A visit to Cornwall from a leader should inspire! Invigorate. Make us proud.

“Instead so many people are deeply offended and demotivated. Again I think this comes from lack of understanding of our efforts across Cornwall.

“So please Keir, if you come again, respect the members enough to listen to us, and your time here will be much more valuably spent on working towards unity & success.”

She added that Starmer’s team “clearly didn’t do a bit of research before coming.”

The post, which has around 300 likes, saw local activists comment: “That is outrageous.” Another reader commented: “I just can’t believe this has happened. It shows us he knows nothing about Cornwall and who is responsible for that? He showed no appreciation or knowledge of the work that has been done here, the progress that has been made, or any understanding or appreciation of the unique situation we have down here of what is and isn’t sustainable. Covid-19 is a game changer for the tourist industry. We have an opportunity to be ahead of the game with all our natural resources.”

But another local activist wrote: “Corbyn didn’t notify our CLP of visits either. It sounds to me as though you feel it’s a personal snub that he didn’t contact you but that’s not surprising since you’re not the PPC any more.”

Cornwall Council had earlier hit out at a decision by the Government to request back money which it had been planning to use to help businesses which need discretionary. The authority said 3,500 businesses would miss out, having had no financial support during the coronavirus crisis and that could put businesses and jobs at risk, according to CornwallLive.

Truro and Falmouth Labour Party nominated Sir Keir to be leader during the contest earlier this year.

A spokesperson for Keir Starmer did not immediately respond to a request for comment.