The fight for the Welsh Parliament elections in 2021 is a three horse race. 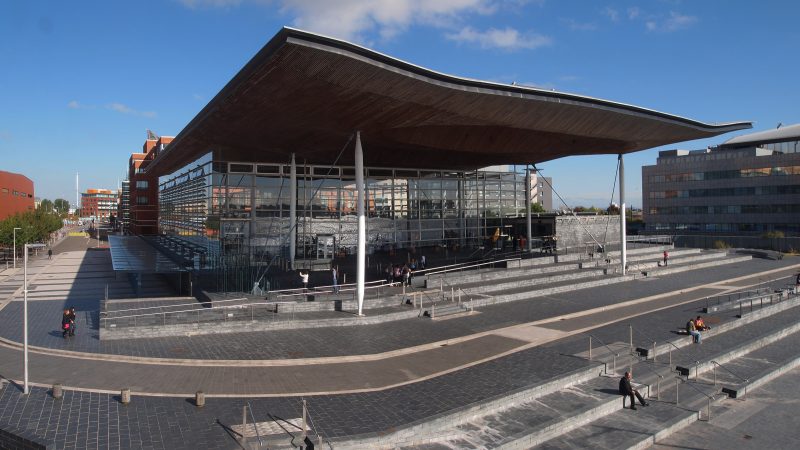 Given the recent splurge of democratic events over the last few years, you’d almost be forgiven for a fingers-in-ears, hands-over-eyes approach, ahead of elections in Wales and Scotland in 2021. But, whether you’re excited, anxious or just fatigued, the elections look set to happen anyway – Covid and all.

While things look pretty sewn up in Scotland, especially if the latest YouGov poll is anything to go by, with a little under a year to go in Wales we’re still looking at a three-horse race as to who could form the next Welsh Government. Less like Scotland, the voting patterns in Wales have tended to be a fairly neat fit to Westminster patterns, perhaps a reflection of a media slightly less separated from England here across Offa’s Dyke, than over Hadrian’s Wall.

The 2019 General Election saw a significant swing away from previously-dominant Welsh Labour in favour of the Tories, while Plaid Cymru’s charismatic leader Adam Price noted that the ‘Green Dam held firm’ with a nationalist vote surging in Ceredigion though arguably letting the Tories into Ynys Môn via a split-vote back door.

So – given a surging Sturgeon and SNP in Scotland and recent Tory gains in Bevan’s backyard, Wales looks to be poised to feel the full force of the Tory campaign machine, in an effort to dislodge Labour from their last bastion of power in the UK. This theory, of a democratic pressure cooker in Wales, looks to be somewhat confirmed by the dialling up of the challengers’ rhetoric over recent weeks. A renewed surge for independence, mapped by the deadly-accurate Wales Political Barometer has Adam Price stoking his base. Introduced to Plaid Cymru’s 2019 Autumn Conference as the ‘next First Minister of Wales’ he is positioning himself as the only person standing to be FM on an pro-independence platform.

Meanwhile, war drums in the Welsh Conservative camp as, one of their seemingly three leaders promises a “Devolution revolution” and a “dose of Dom” – in reference to the chief advisor to the PM and renowned (some might say world-leading) optician, Dominic Cummings. The Tories have been busy making friends by taking aim at the cost of PCC’s and SpAd’s, threatening a “bonfire of quangos” and decrying the wastage of taxpayers’ money on the M4 Relief Road – whilst apparently forgetting all about the vast trail of waste left by their colleagues in Westminster and that PCC’s were the brainchild of none other than David Cameron, remember him? Still, not his worst idea.

Perhaps busy with governing, there hasn’t really been much in the way of a visible response and rebuttal from Labour, who have been in government since devolution began. In what had seemed a terminal downward spiral coinciding with a populist surge, late 2019 and 2020 looked to signal the last stand of Drakeford’s Labour. But, buoyed by the First Minister’s professorial, cautious approach to dealing with Coronavirus, they look to be back in the game. There could yet be an important role for Keir Starmer too, in rebuilding bridges broken in heartlands such as Wrexham, Ynys Môn and Bridgend.

So – all to play for, especially according to the last Political Barometer. And as parties develop their messaging and manifestos over 2020, look out for the rhetoric being cranked up even further as the smaller parties such as the Brexit Party and the Lib Dems look to avoid the squeeze and the big 3 look to deliver that killer blow. It looks like a fascinating proposition – one worth keeping an eye on.

Robert Simkins is a policy and public affairs professional working in Wales.