"Support for Welsh independence is on the rise. The people of Wales are waking up to the idea that there is another way," said Adam Price MS. 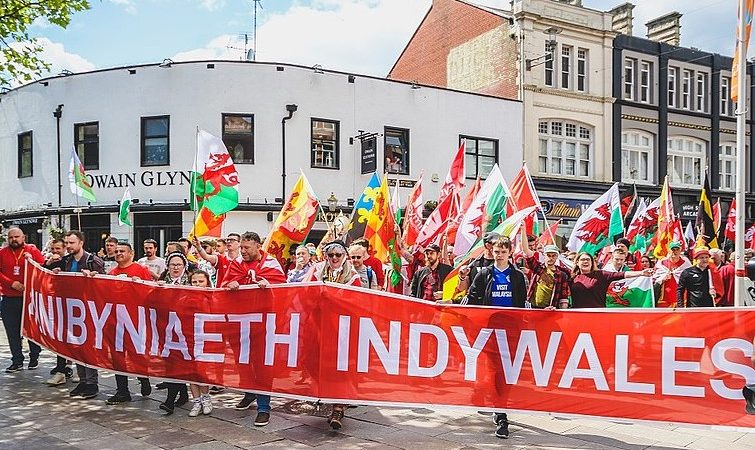 Wales should have the power to hold an independence referendum, Plaid Cymru’s leader has said ahead of a historic debate in the Welsh Parliament today.

Plaid Cymru will be leading the first ever debate on Welsh independence in the Senedd (Welsh Parliament) this evening.

It comes after the latest opinion poll on Welsh independence had support at 25% – an increase of +4 since January, and the highest on record. Meanwhile, support for Scottish independence is currently above 50%, while calls for a vote on Irish unity are growing.

Plaid Cymru Leader Adam Price said that Wales had “proven itself” through its independent approach to the coronavirus crisis.

The Plaid Cymru leader said the UK had let Wales down through under-investment and unfair-funding and that Welsh independence could be a force to swap the “backward-looking politics of Westminster” for the “politics of hope, caring and community” of an independent Wales.

But a spokesperson for the Labour-led government downplayed calls for powers over an independence referendum: “The view of this Welsh Government is clear – Wales’ interests are best served by a strong devolution settlement within a strong UK.”

Plaid Cymru leader Adam Price MS said: “Wales has proven itself during the coronavirus crisis by acting independently to protect our citizens from the dysfunctionality and ineptitude of the Westminster Government.

“As we come out of this crisis, we cannot go back to the status-quo. The status quo has failed Wales. Under-investment and unfair funding forms the crux of this unequal union of broken promises – delivered by the Tories at Westminster and defended by Labour through their support for the stagnant status-quo.

“That’s why we are calling on the Welsh Government to seek the constitutional right to allow the Senedd to legislate during the next term to hold a binding referendum on independence.”

Thousands marched in Cardiff in what was billed as the ‘first ever’ march for Welsh independence last May – followed by further protests, including a pro-indy march of around 5,000 in Merthyr Tydfil in September.