The author of a new book on Labour's lost heartlands looks at what Keir Starmer can do to turn things around. Pic: Durham, where the Conservatives now hold three seats. 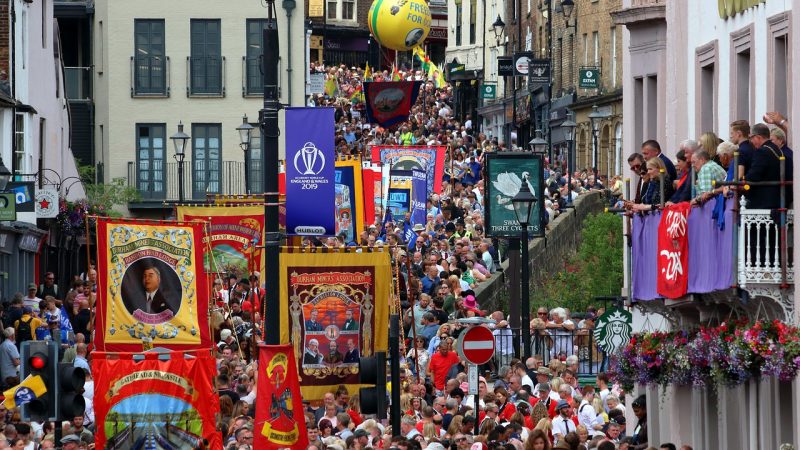 Historically in Red Wall constituencies, parents and grandparents passed down stories of the Labour Party standing in solidarity with local working people.

These were ‘Labour towns and Labour people’. This public narrative shaped the collective memory, identity and politics of these communities for a hundred years.

Voters shared stories of being left behind, ignored, taken for granted, looked down on and betrayed. Brexit and Jeremy Corbyn’s leadership accelerated this process and a new public narrative emerged ‘the Labour party no longer represents people like us’. This new narrative was not one of support for the Tories but one of disillusionment with Labour.

Stories allow us to make sense of a series of complex events. A powerful political narrative provides a coherent story of the past, the present and an imagined future.

‘Take back control’ was not simply a slogan but a concise narrative that tells a story of the past, the present and an imagined future. In 2010, the Conservatives created a powerful narrative that austerity was required to recover from Labour’s economic mismanagement, overspending and debt. This narrative also appealed to a deep negative story about tax and the role of government.

Powerful narratives do not have to be true, arguably they can never faithfully represent the ‘truth’ of complex situations. Imagined futures, such as ‘get Brexit done’ or ‘take back control’ are just that, imagined.

They do, however, have to resonate with people’s perceptions of reality. Joseph Davis, a professor of sociology, says persuasive narratives “appeal to what audiences think they know, what they value, what they regard as appropriate and promising.”

Labour faces a number of challenges in creating a new political narrative. Crucially it has to develop an economic narrative and a narrative of competence.

In Red Wall towns it has to be seen as listening, patriotic and representing the values of and concerns of traditional voters.

Crime and anti-social behaviour were mentioned extensively by Red Wall voters in 2019 but rarely referred to by Labour nationally.

The appointment of Claire Ainsley – formerly Executive Director of the Joseph Rowntree Foundation and author of The New Working Class – as Starmer’s policy chief, is a signal that the party is serious about creating a narrative vision that connects with the identity and values of these voters. A narrative about aspiration, hard work, dignity, pride, safety and community that will also appeal to Labour’s wider coalition. This new political narrative must also be aligned with and exemplified by the leader’s personal narrative.

At its core the crisis has highlighted the importance of government, public services and fair taxation.

The crisis also creates opportunities for new narratives such as a better balance between globalisation and economic self-sufficiency which can reinforce narratives around climate change, regional development and local communities.

Finally, a new Labour narrative must be capable of being understood, discussed, and retold in everyday language.

This means extensive listening not just to focus groups but those members and councillors on the ground who are involved in public discourse.

The power of a political narrative is in the retelling, in the public narrative. This means not just using everyday language but creating a concise narrative, not a slogan. A story of the past, the present and a desirable future.

Steve Rayson is the author of ‘The Fall of the Red Wall: “The Labour Party no longer represents people like us”. It is published on 20 July.