"There is a far greater threat to our health than coronavirus: climate and ecological breakdown," XR say. 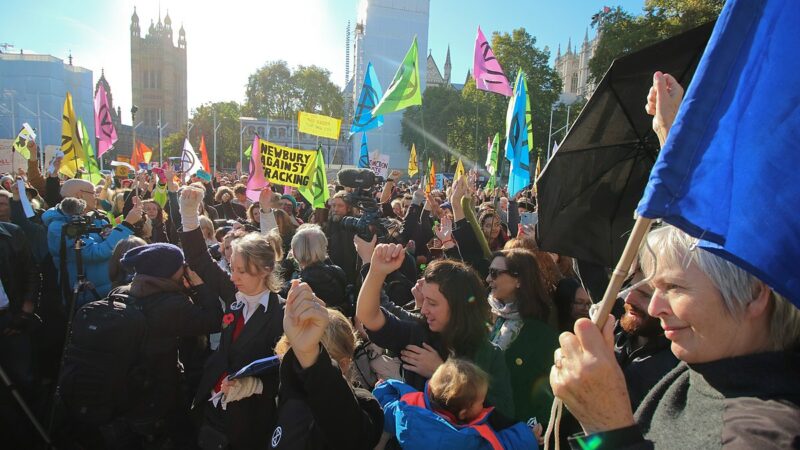 XR will hold major protests around Parliament from September 1st, until the government promises that ‘the first thing they’ll do’ is debate the group’s key demands.

Wales also join in the Rebellion by causing disruption in Cardiff, with people in the North and Scotland formulating plans at the moment.

The plans come after news that the government’s own Committee on Climate Change are warning ministers to prepare for 4°C of warming – an increase which XR say could result in ‘billions’ of deaths – with racially marginalised communities, and those in the Global South on the front line.

Just before the September rebellion, local XR groups will use the bank holiday weekend of 28th-30th August to hold events.

A spokesperson for Extinction Rebellion said: “As the coronavirus crisis exposes the sickness at the heart of our financial system and political leadership, humanity stands at a crossroads. Change now as we recover from the pandemic to build a fairer, kinder, more humane society – or miss our best chance of mitigating the worst of the climate and ecological emergency.”

“It’s 2020. Siberia is burning. Extinction is beckoning – but the Government is looking the other way. Peaceful rebellion is the only option we have before us.”

Alex Armitage, Pediatrician and a member of Doctors for XR, said: “The government’s inaction on coronavirus has led to the deaths of at least 44,000 people in the UK. We are now living through a new phase of the pandemic, but there is a far greater threat to our health: climate and ecological breakdown.”

The activists say the the UK Government, after promising a green recovery, are moving quickly to ‘backtrack on those promises’: bailouts are going to air lines and polluting industries, ‘not to a transition which would support people and the planet’s health’.

Activists are being urged to sign up to join the Rebellion here.