The Government has failed to respond to the Committee on Climate Change's call for action. 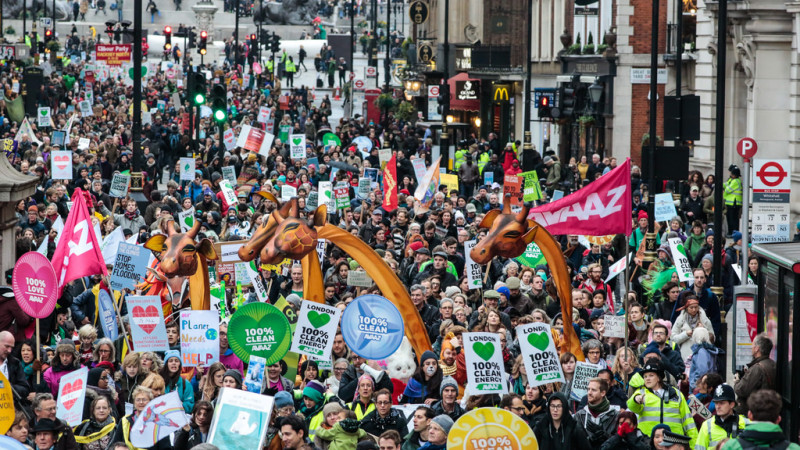 A cross-party group of opposition MPs has written to the Chancellor calling for him to adopt the recommendations set out by the Committee on Climate Change as a matter of urgency.

The influential Committee – which has to report annually to Parliament on progress in tackling climate change – has demanded a rapid expansion of walking and cycling schemes, as well as significantly increasing investment in green infrastructure, such as tree planting and restoring Britain’s peatlands. They also called for all departments to integrate the ‘Net Zero’ carbon targets into all policy making inn their report last month..

Now MPs including Lib Dem Wera Hobhouse and the Greens’ Caroline Lucas have accused the Chancellor of using climate action as a “rhetorical tool to win over left-leaning voters” and “failing to recognise the genuine opportunity which green policies offer this country.”

The Government has yet to officially respond to the recommendations and has not made any time available before the summer recess to discuss climate action in the Chamber.

Wera Hobhouse, Liberal Democrat spokesperson for the Climate Emergency and the Environment, coordinated the campaign. She told LFF: “Climate action delay is no better than climate change. Today Parliament breaks up for summer recess and we will do so with the Government having failed to respond to the report released by the committee for climate change almost one month ago.

“The Government needs to do much better if we are to reach our ambitious climate goals. The failure of this Government to seize on a Green Recovery to Covid-19 will make achieving net zero double difficult, as the Government has chosen to prop up carbon intensive industries with no strings attached. The Chancellor must urgently change direction.

“I am pleased to be able to work with colleagues, across the House, on this hugely important campaign. Together we are fighting to build a sustainable United Kingdom.”

The letter in full

We are writing to urge you to fully consider the recommendation put forward by the Committee on Climate Change on the 25th June. In their annual report to Parliament the CCC told the government that it “must seize the opportunity to turn the COVID-19 crisis into a defining moment in the fight against climate change”.

We agree with the assessment made by the Committee – 2020 should have been a defining year for the United Kingdom and climate change, with the CoP26 due to be held in Glasgow. Our recovery from the COVID-19 pandemic is now central and it must be done in a way that puts the fight against climate change at its heart. We need climate action now if we are to reach net zero and also lead the world in climate action at the newly rescheduled CoP26 next year.

The Government must, at the very minimum, adopt the recommendations set out by the CCC. These include a retrofitting programme to cut emissions and bills while creating thousands of new jobs, making it easier for people to walk, cycle and work remotely, and significantly increasing investment in green infrastructure, such as tree planting and restoring our peatlands.

For too long your government has regarded Climate Action as a rhetorical tool to win over left-leaning voters and has failed to recognise the genuine opportunity which Green policies offer this country. We could be creating thousands of shovel ready jobs, ending fuel poverty, making our cities healthier by cutting air pollution, and restoring our natural environments – if only your Government had the courage to embrace Climate Action.

If we fail to seize this opportunity now, we will not only be making it more difficult to tackle climate change in the future, but we will be failing the many thousands effected by the economic damaged caused by the global pandemic. The announcements made in the summer economic update were only a drop in the ocean of what is needed to curb the UK’s emissions and we urge you to use the Budget in the autumn to show the UK is serious about getting to net zero.

It is imperative that we deliver the action we need so we do not, once again, miss the opportunity to take action to solve the Climate Emergency. We would be happy to have a meeting with you to discuss these issues with you further.

The CCC report is available here.