Could this become the new normal for campaigns targeting left-wingers? 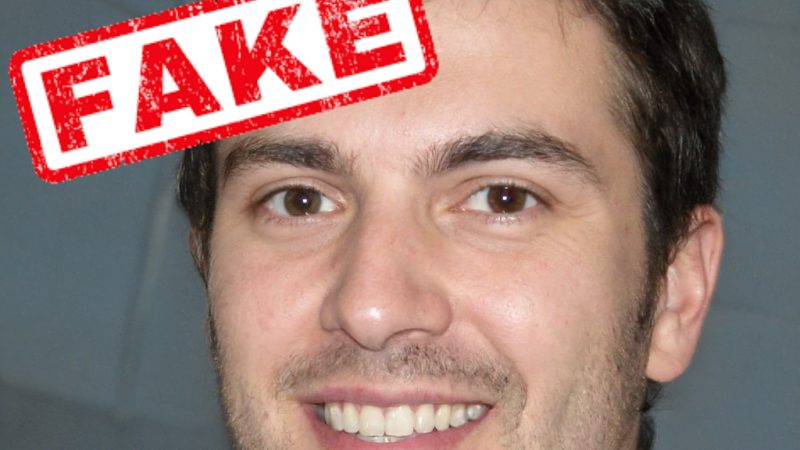 A ‘deepfake’ photograph – a hyper-realistic forgery – was used to create a fake journalist profile to spread disinformation about a social justice charity in the UK, according to an investigation.

Reuters reports that false allegations about a staff member of anti-poverty campaigners War on Want were published in articles authored by ‘Oliver Taylor’ in US-based news site The Algemeiner on 7 April 2020, and in Israel-based Arutz Sheva on 19 April 2020.

The problem is – there was no evidence that ‘Oliver Taylor’ – who was targeting War on Want staff member Ryvka Barnard in online media outlets – actually existed.

Reuters uncovered that: “Oliver Taylor seems to be an elaborate fiction. His university says it has no record of him. He has no obvious online footprint… newspapers that published his work say they have tried and failed to confirm his identity. And experts in deceptive imagery used state-of-the-art forensic analysis programs to determine that Taylor’s profile photo is a hyper-realistic forgery – a “deepfake.”’

Six experts interviewed by Reuters said the image appeared to be a deepfake.

Both The Algemeiner and Arutz Sheva published the articles on their websites without verifying the authenticity of the author – or the allegations made – according to War on Want.

The Algemeiner and Arutz Sheva articles repeated allegations that were dismissed by the Charity Commission in July 2019 about supposed links between against War on Want and terror organisations. The Charity Commission found that the group had acted ‘in accordance with both their duties and the generic regulatory guidance’, and the Commission had ‘not identified any issues that we need to take forward’.

Asad Rehman, Executive Director at War on Want, said: “We’re pleased that malicious, false allegations about a War on Want staff member and her husband have been exposed for what they are – disinformation aimed at disrupting human rights work. The publications in question repeated old allegations made against War on Want, which were completely dismissed by the Charity Commission, the charities regulator in England and Wales, because of their baselessness.

“These smears are part of a broader disinformation campaign aimed at attacking and discrediting human rights defenders, internationally-recognised Palestinian human rights organisations, their partner organisations and donors. The aim is to make our work impossible, and to isolate Palestinians from the powerful international solidarity movement that has formed in support of justice and equality. War on Want will not be deterred. We remain committed to advocating for the rights of the Palestinian people, and to standing up against injustice, in solidarity with human rights defenders around the world.”

Since Reuters began their investigation, The Algemeiner has taken down Oliver Taylor’s article from its website.  Arutz Sheva has kept an edited version of the article on its website, after War on Want say lawyers for Barnard and her husband contacted the publication.