As long as the Coronavirus Act exists on the nation’s statute books, the police must be held accountable for enforcing it, says campaign group StopWatch. 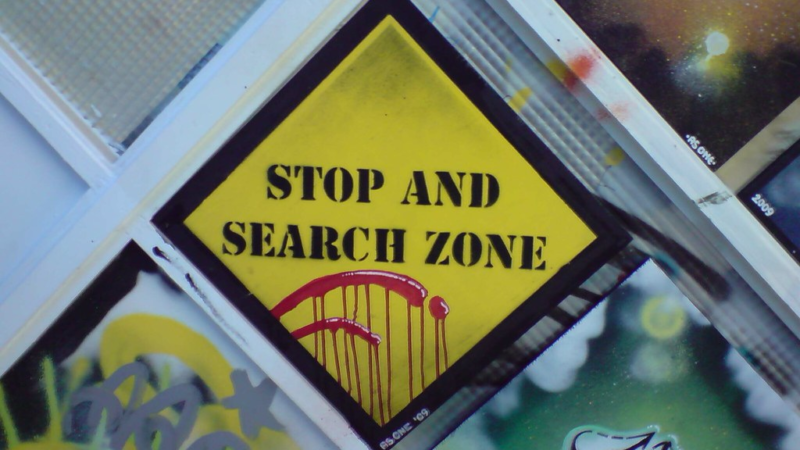 The UK Government needs to repeal its coronavirus legislation, which has been shown so far to be totally unnecessary – and discriminatory.

The Independent reported this week that all 89 charges finalised in England and Wales by the end of June under the Coronavirus Act 2020 have been overturned. Another 26 charges under the separate Health Protection Regulations, which enforce lockdown restrictions, were found to be unlawful by the Crown Prosecution Service.

Police data analysed by National Police Chiefs’ Council also showed that twice as many fines were issued to young male adults under the age of 35 from BAME backgrounds compared with young white men of the same age.

Still, there’s always plain ol’ stop and search to fall back on: analysis of Metropolitan Police data confirmed that the force carried out 22,000 searches in the capital between March and May, with four out of every five resulting in no further action taken. And with the introduction of Violence Suppression Units to the capital, there are no signs of the tensions between police and the communities they operate in cooling down any time soon.

For those Londoners reading this, imagine 80% of your force’s searches producing nothing of use. Think of all that wasted energy on the part of your officers. Then put yourself in the shoes of a commanding officer. Would you not be alarmed?

Yvette Cooper said data showed 10,000 Black males in London aged 15 to 25 were stopped and searched in May. The total population estimates for that demographic in London are between 70,000 and 80,000.

As Cooper said: “That suggests in one month alone, more than one in 10 of young Black men in London were stopped and searched and found to be carrying nothing and found not to be doing anything that required further action. That’s just in one month also at a time when actually most people would have been at home during lockdown.”

Asked if the figures alarmed her, Dick replied: “I’m not alarmed, I’m alert.”

Perhaps the commissioner might be alarmed at the fact that the police have potentially failed to adhere to their own coronavirus law guidelines on a routine basis? The deployment of personal protective equipment (PPE) is rare by all accounts, and so tens of thousands of people searched have potentially been put at risk of contracting COVID-19, as Honorary Academic and Research Fellow at the University of Liverpool Ghaith Aljayyoussi notes:

“Guidance to the police focuses on the use of PPE for the protection of police officers and emphasises that “officer safety is paramount in responding to situations” while ignoring public safety. The guidance discusses “the possibility that infected occupants do not know that they are infected”. The possibility that the officers themselves not knowing they are infected is ignored.”

As long as the Coronavirus Act exists on the nation’s statute books, the police must be held accountable for enforcing it, and when they fail in that duty, trust in them erodes. Northern Ireland is proving a prime example of what happens when a section of society takes issue with the manner in which they are policed.

Ethnic minority community leaders are refusing to engage with Chief Constable Simon Byrne until he makes a public apology and the “PSNI drop all fines and threat of legal action” over socially distanced anti-racism protests.

Up to 70 people were penalised for breaches of coronavirus lockdown regulations after enforcement powers were given to the PSNI at 11pm on Friday 5 June.
There was an outcry a week later after no fines were issued when hundreds of people gathered to “protect Belfast cenotaph” outside City Hall – with many participants reportedly not social distancing.

StopWatch will continue to fight and raise awareness of police injustice, and you can join us and fellow campaigners to protest against police racism, violence, and impunity: Saturday 8th August, 1PM, outside Tottenham Police Station, London.

StopWatch is a coalition of legal experts, academics, citizens and civil liberties campaigners. We aim to address excess and disproportionate stop and search, promote best practice and ensure fair, effective policing for all.