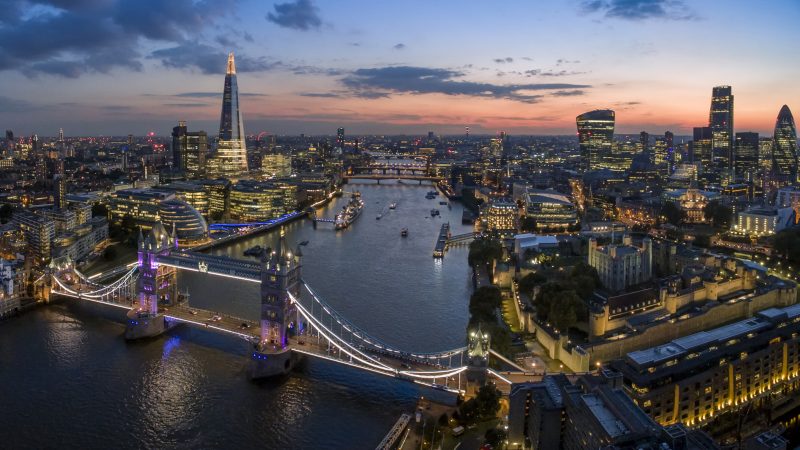 Cities are not made for social distancing. It is density and diversity that drive the creativity, disruption and innovation that have made cities post-industrial powerhouses.

The Covid-19 crisis has been the ultimate disruptor: cancelling events, sending workers home and decimating the urban infrastructure that supports them. Like so many economic disruptions, it is the urban poor who are left behind by the pandemic.

For many commuters to London, there have been significant benefits to working from home. Commute times are measured in seconds and strides rather than hours and stops. Family and leisure time has increased. The need to wear trousers has decreased significantly. The pandemic will pass, but many of these changes will continue.

Office workers certainly hope so; seventy per cent of financial services workers in the City of London described working from home as a positive experience. It is not just bankers trying to escape their colleagues. A survey showed that half of all Britons were working from home in May 2020 and 68 per cent wanted this shift to continue.

But our experience of the crisis is inevitably framed by class. Researchers from King’s College London demonstrated that “Covid-19 is disproportionally more common and more severe in people living in urban areas and regions of higher poverty”. Infection rates have been driven by overcrowded and multi-generational housing and prayed on existing health inequalities. Many of the poorest hold frontline jobs that were officially elevated to key worker status while remaining economically precarious and perilously unsafe.

The virus might be novel, but there is nothing new about the disproportionate impact of illness on the urban poor; diseases like Cholera decimated Victorian London’s poor.

Chaos in the capital

Just as London’s poorest have been at the epicentre of the health crisis, so too will they bear the burden of the economic fallout. During the first wave of the crisis, many struggled with child-care options and office space. Working from home is not so liberating if you are taking conference calls from your bedroom while trying to entertain children. Moreover, service sector work quickly disappeared and those engaged in the gig economy were faced with a stark choice: income or health.

It is the post-pandemic shift away from cities that will have a greater impact, however. London has had negative net domestic migration – more Brits moving out than in – for some time. The initial signs are that this trend is being accelerated. We have certainly seen a distinct increase in telework and, subsequently, travel into city centres. The accelerated move of workers and industry away from London has also been seen in the US.

As workers and industries move away from city centres, they disrupt the complex supply chains and labour markets that feed on London’s offices, transportation hubs and venues.

Put simply, fewer workers mean less work for those in hospitality, retail, security and transportation. There are, of course, pubs and cafes in the suburbs and smaller centres – but many establishments rely on the density created by office blocks. Cities thrive because they are ‘cool’ places to be with lots to do. As workers spread, this culture – and the service sector jobs created – is unlikely to be replicated in suburbs.

Service sector workers rely on a density of clients to support their part-time roles. For example, while researching my latest book, The London Dream, an office cleaner called Daniel told me of struggle to work multiple gigs: “As soon as [one] finishes, I used to run to another job. Basically, to be a cleaner in London is just to keep running”. But for cleaners like Daniel, post-pandemic working life will require more travel to fewer offices.

The cuts have begun. Pret a Manger is closing stores across London. Bella Italia, Cafe Rouge and Las Iguanas announced that they were going into administration, putting at risk 1,900 jobs. Uber rides are down up to 60 per cent in some cities, forcing drivers out of work and, in some cases, onto the streets.

The Covid-19 crisis is changing cities, and will change policy responses. Cities are not dead. Even in London’s darkest hours, from plagues to fires, blitzes, deindustrialisation and banking crises, it has found a way to come back. We must make sure that it doesn’t return on the backs of the poor.

Dr Chris McMillan is Senior Lecturer in Sociology and Experiential Education at Arcadia University’s London centre. His second book, The London Dream, will be published by Zero Books in August.