Where was the help for renters or the self-employed in Rishi Sunak's statement? 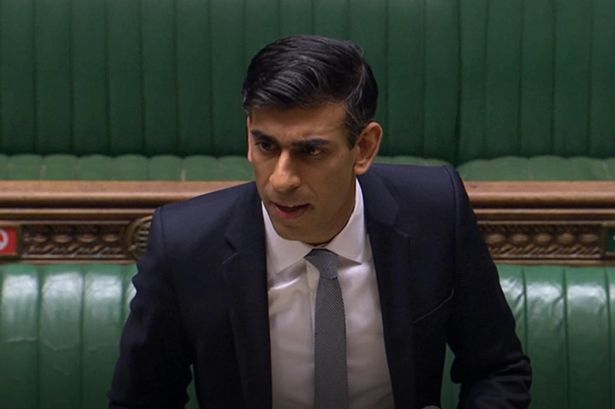 Economic experts, opposition politicians and campaigners have pointed to ‘gaping holes’ in the mini-budget put forward by Chancellor Rishi Sunak on Wednesday.

Responding, Shadow Chancellor Anneliese Dodds told the Commons: “[This] should have been the day when our Government chose to build a bridge – between what has been done so far and what needs to be done to get our economy moving again.

“Britain should have had a Back to Work Budget; but instead, we got this summer statement with many of the big decisions put off until later as the benches opposite know full well.”

Lib Dem acting leader Sir Ed Davey MP said Sunak’s plan fell ‘far short’ of what was needed to recover after Covid: “Totally absent was any measure to help the millions excluded from Covid support – like new starters, newly self-employed people and freelancers. They haven’t been helped at all so far and yet represent some of the most vulnerable groups. They must not be left behind.

“Fundamentally, we need a radically new approach to building a radical new green economy for everyone. We must match the scale of the economic and climate crises with the courage to invest £150 billion over three years in a Green Recovery Plan for green jobs in all parts of our country.”

Dr Faiza Shaheen (Director of CLASS – the Centre for Labour and Social Studies) said the plan was ‘extremely timid’: “The Chancellor could have put this country on a new economic course – one that prioritises people and the planet. Instead we got a sticking plaster on the same old failing economic system…

“On energy efficiency, the £2bn pledged on the green homes grant was inadequate given there are 25 million dwellings. And targeting young people at risk of unemployment for kickstart placements is no substitute for a serious green jobs investment plan.”

Carys Roberts, Executive Director of the Institute for Public Policy Research, said: “The Chancellor made some strange choices in his priorities. His £3.8 billion stamp duty holiday is good news for estate agents and homeowners looking to move, but will push up prices and amounts to more than all the support announced for young people.

“So too, £10 off a meal out will not turn around the fortunes of the economy and could have been spent ensuring families have enough to put food on the table by giving proper support to those who need it most. We cannot muddle through the deepest economic recession in living memory, hoping at best to return to normal.”

Oxfam’s Head of UK Programme Kirsty Davies-Warner added: “Throughout this crisis, the Chancellor has rightly clapped the nation’s carers – he should have used all levers at his disposal to ensure care workers are paid at least the Real Living Wage and to increase the Carer’s Allowance. A truly just recovery requires a new deal for carers.”

Helen Barnard, Acting Director of the Joseph Rowntree Foundation, argued that the mini-budget did not do enough to tackle poverty in the UK: “While the Chancellor’s statement looked to the future, we cannot lose sight of the fact that many families are being pulled deeper into poverty and debt right now despite the measures the government has already taken. We urge the Chancellor to urgently reconsider increasing the child element of Universal Credit and Child Tax Credits by £20 a week to help families stay afloat during this period of considerable anxiety.

“Only by doing all of this will the government deliver for low-income families who are going through the most serious crisis for generations and repay the trust many placed in the Conservative Party at the last election.”

“The Chancellor said his investment will insulate 650,000 homes and create 140,000 jobs. Over the next decade, 15 million homes need insulation to eradicate fuel poverty and cut greenhouse gas emissions,” Friends of the Earth’s head of policy, Mike Childs, said.

He added:The Autumn budget must spell out a multiyear funding programme on energy efficiency and a plan to switch homes from gas heating to heat pumps, as well as the obvious need for more investment in public transport, walking, cycling and nature restoration.

“With the government saying it will spend £27 billion on roads and so far only announced £3 billion extra on climate change, this is not yet the green recovery that’s clearly needed.”

Green MP Caroline Lucas noted that the government is ploughing on with £27bn in road-building, while Sunak’s statement will make little difference to reducing emissions.

The mini-budget received a cautiously positive response from the GMB union: “We will subject the Chancellor’s policies to close scrutiny, but what has been outlined seems to be a good start.

“GMB welcomes investment in the economy…however Ministers must make sure new jobs are good jobs.”

But Unison, which represents over a million public sector workers, were less supportive. General secretary Dave Prentis said: “The Chancellor has firmly closed the door on the damaging austerity of the past decade. But while there’s much for young people, the energy sector and UK businesses to celebrate, there’s next to nothing for public services and the workers who’ve kept the country going through the last few difficult months.

“Proper investment in our public services would help speed the country back to recovery and more prosperous, certain times. It would heal over the deep cracks in care and the NHS exposed by the pandemic.”

Alicia Kennedy, Director of Generation Rent, condemned the lack of help for renters: “It is tragic the Chancellor did not take the chance to help the half a million renters who have got behind on their rent in the last few months. While support for jobs is welcome, people are struggling to put food on the table now and face the threat of losing their home when the eviction ban is lifted next month. They can’t eat out to help out: renters need a pay out to eat in!

“The stamp duty holiday doesn’t help renters whose incomes and savings have been destroyed by the pandemic and face a further setback to their hopes of buying a home. Right now the government is leaving renters to bear the cost of the pandemic – we need Rishi Sunak to increase local housing allowance, remove the restrictions stopping people from accessing it, and end the rent debt crisis before it causes mass homelessness.

“We welcome the £2bn Green Homes Grant, which could make a huge difference to the quarter of private rentals that are non-decent. Renters are more likely than home owners to live in an inefficient home, but if they are going to benefit, the government must make it easy for renters to request improvements. Because enforcement of standards is so patchy, landlords don’t have much incentive to insulate their homes, so renters need the right support to make the most of this scheme and pay less for their heating.”