Those who remain have had their hours cut. 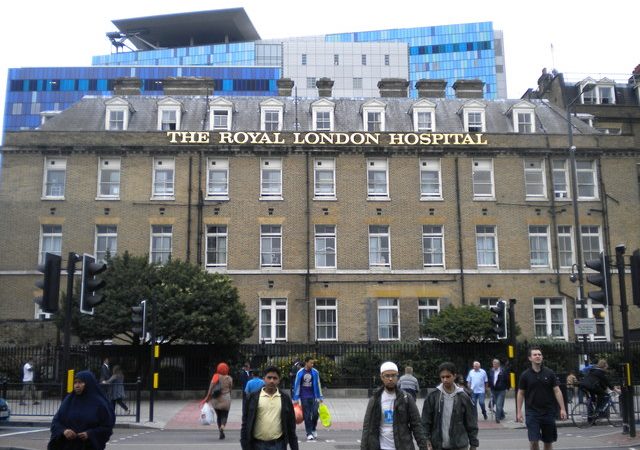 Trade union Unite has criticised the “Alice in Wonderland world of NHS privatisation” as one company sacks catering staff while another looks to hire them.

Outsourcing company Elior has told 100 of its catering staff who work in hospital cafes and restaurants in East London that they will be sacked – despite them working through the pandemic. Those that remain will have their hours cut.

At the same time, another outsourcing company Serco is looking to hire staff to provide meals to patients at the same hospitals.

Unite regional officer Ruth Hydon said: “The trust management needs to step in urgently to save the jobs of our hardworking members, who have fed NHS staff day and night during this pandemic.”

“It is a disgrace that the trust is allowing profit-hungry Elior to throw our members on the scrapheap after all they have done. Some of our members have worked at the Barts trust for nearly 30 years – and this is very shabby reward for their loyalty.”

“Unite is demanding that the trust takes responsibility to ensure all of our members are redeployed to other roles at the trust which we think is very feasible as it covers a number of major sites across east London.

“The trust was paying the wages of Elior staff during the pandemic, but that stopped abruptly when meals for NHS staff were no longer ‘free’. Now that meals are again being charged for, Elior wasted no time in asking our members to bear the brunt of this dip in its profits.”

“Barts should not be allowing these precarious and exploitative contracts to be used in NHS hospitals to hike-up the profits of private companies – there needs to be a serious rethink by management about getting rid of these outsourcing contracts once-and-for-all.”

In a recent press release, French company Elior described itself as “as a socially responsible culinary and services group with an exceptionally dedicated workforce”.