The civil service need to evolve. But their politicisation should be resisted. 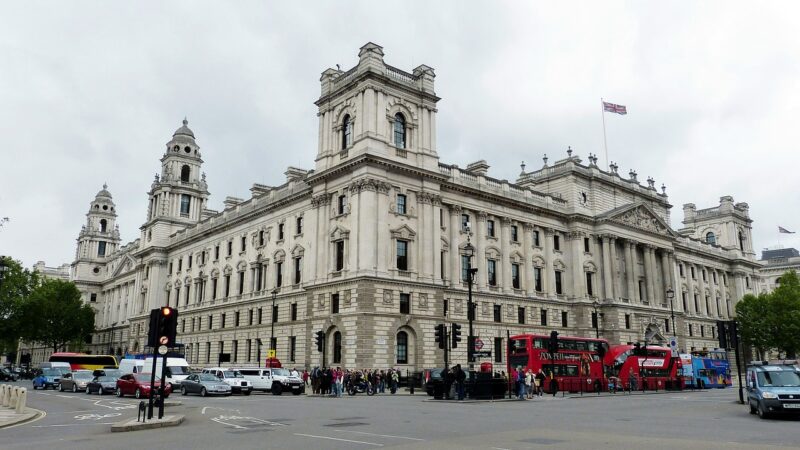 ShareTweet
Civil service reform is largely seen as both necessary and boring. No one is really arguing that the machinery of government doesn’t need updating. But that is usually where the agreement ends. And under this government, it has become an unusually political question. As with so much of what Boris Johnson and Dominic Cummings care about, this comes back to Brexit. The civil service is there to serve and advise – not to act like believers and acolytes. Brexit will be complex – whatever form it eventually ends up taking. It is the civil service’s job to first tell politicians this, then to help them navigate these complexities. But you can only do the latter if the politicians accept the former. However, whether through ideological tunnel vision or a more cynical desire to shift the blame for any fallout both from Brexit and the Covid crisis, instead of allowing the civil service to help navigate the difficulties, Cummings instead briefs that these are made up. That they are a sign of an out of touch elite ‘blob’ rather than a professional service trying to do its best under extreme circumstances. The resignation of Sir Mark Sedwill after months of negative briefings is one sign of this politicisation. Another is the speech given by Michael Gove this weekend. Somewhat bizarrely held up by some as visionary (I think because he quotes Gramsci and somewhat misinterprets FDR) this offered such revolutionary solutions as moving government departments out of London (which has been done for years and reversed under the Tories) and championing voices from business and science. It was Cummings style fag packet stuff, the main message of which was “We’re listening to the Brexit supporters not to the metropolitan liberal elite”. The takeaway from both the Sedwill’s semi-sacking and Gove’s speech is that we are set to have a considerably more politicised civil service. That this will be a body not about advising and delivering on the policies of the government of the day, but one that will be expected to be true believers in them. That may feel like a subtle difference. After all, the things a government wants to do should be possible and easily deliverable in a democracy. The Tories won the election and I may not be happy about it, but they deserve to have their chance to deliver on that and to pursue the Brexit they promised the electorate. But embedding a politicised civil service is as anti-democratic as it gets. It stymies the ability of those who come after you to make any changes they too have promised the electorate that go against the beliefs you have pursued. Equally anti-democratic is the sense that the government is trying to shift the blame for the disaster of the pandemic from their decisions to those who have tried to implement them. Blaming unelected civil servants is a coward’s trick. The people in charge are the people we elected and the blame for the fact that we have the worst death rate in Europe lies squarely with Boris Johnson and his ministers. The collapse in trust over the government’s handling of the virus is in part the fault of Dominic Cummings and his road trip. But that he has been allowed to remain at the heart of government is again the fault of the Prime Minister. Civil service reform is important and vital. We are too London-centric as a country and we do have too many people at the top who went to the same schools and move in the same social circles. But don’t be fooled by rhetoric. These proposals combine ideas that have been stale for a decade meaning they are deeply unambitious with a more insidious reform agenda aimed at embedding an ideology – not a better delivery system. Reform is necessary and vital. But not all reform is good. Emma Burnell is a freelance journalist, editor and communications consultant.