A big dispute fund has been built up. 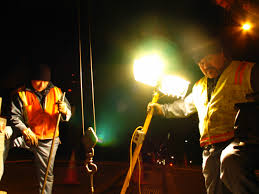 The issue of shorter working time in the post Covid19 era is now firmly on the agenda, thanks to a new report commissioned by the Confederation of Shipbuilding and Engineering Unions.

The CSEU consists of four unions – Unite, GMB, Prospect and Community. These are all trade unions with manufacturing at their heart.

Thirty years ago the CSEU and its then affiliates ran a campaign ‘Drive For 35’ based on a strategy of securing reduced working time in key engineering companies as part of a campaign run by unions across Europe and co-ordinated by the unions at international level.

The CSEU unions built up a substantial dispute fund to sustain industrial action when needed. Workers in the industry donated one hours pay each week to the dispute fund.

As a result, working hours in the industry reduced from a standard 39 hours to 37 hours which set the pace for reductions in working time across UK manufacturing with other industries following suit.

When the CSEU suspended the campaign there were still millions of pounds in the dispute fund – but because of conflicting legal arguments the money stayed locked away until the High Court recently unlocked the funds. The fund is now controlled by the Alex Ferry Foundation, named after the CSEU General Secretary who lead the campaign.

Last year the CSEU Executive Committee and its conference decided to prepare the ground for another push on the issue of working time – be that shorter hours, shorter and flexible shifts, longer holidays, earlier retirements, greater parental leave etc.

This is being kicked off by a report now launched by the New Economics Foundation and the CSEU which examines the case for shorter working time and how improvements were won by workers and their unions across the globe.

Workers who are now returning to work are nervous and worried, the Covid-19 crisis means that the ‘economic architecture of work’ coupled with a greater use of artificial intelligence and greater productivity means that reductions in working time will soon be on the bargaining agenda.

The report itself looks at case studies where reductions in working time have been secured including Bentley Motors in Crewe; Airbus at Broughton; working time agreements reached by the Canadian union Unifor; Toyota in Sweden; Bosch Diesel in the Czech Republic and the German union IG Metall.

As Ian Waddell, the General Secretary of the CSEU says: “One common feature will be workers spending more time at home, possibly forced to stay away from work. New ways to deliver work, to communicate and to co-operate are being found.

This ‘quiet revolution’ may well be the key to unlocking a new drive for a better balance between work and home; a fairer division of time. It is the next step in a campaign for shorter working time.”

Tony Burke is Unite Assistant General Secretary and President of the CSEU.