The government's plans for farming fall short when it comes to the ecological crisis, writes Natalie Bennett. 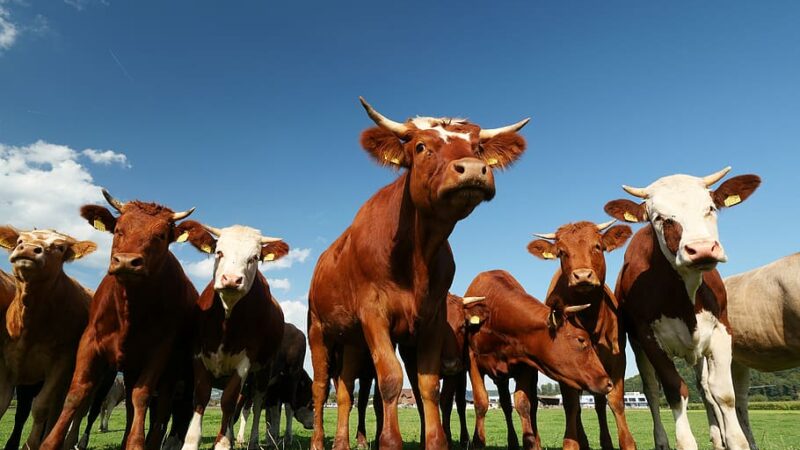 The House of Lords is currently working through the government’s Agriculture Bill. Getting a decent Agriculture Law – which will replace the EU’s agricultural support schemes next year – is of acute urgency.

That’s not just for the obvious reasons – the looming disastrous threat of a crash-out Brexit and the need for farmers to have certainty about what’s happening in a few scant months. It’s also because the Bill is being debated with our countryside and food system in an acute state of emergency.

Let’s take some issues this Bill could and should be tackling. The nature crisis: the collapse of biodiversity and bio-abundance that has left the UK one of the most nature-deprived nations on Earth. The obesity and health crisis: associated with astonishing poor calorie-rich, nutrient-poor diets. The dominance of the supermarkets over what farmers can produce and what we all eat.

Instead, what we have is a shell of a Bill, a statement of a few principles. They’re not generally bad in themselves, and are sometimes even admirable: “public money for public goods”. It’s somewhat improved since the many earlier iterations of this legislation. But there are few commitments to action, and those commitments forced on the government by political pressure.

This is still a Grade D effort – not even a pass mark, and what we need is a sterling, standout, brilliant bill. Something – and I’m very sure the government will agree with me on this –  “world-leading”.

Likely to be getting top billing in many peers’ speeches is the need for safeguards on import standards. The country very clearly says “no” to the import of US food using 82 currently banned pesticides, and to the frankly disgusting factory farming standards behind chlorinated chicken and hormone-pumped beef. This is a similar battle to that which Greens fought against the EU-US free trade deal known as TTIP.

When farmers hear criticism of the system, they often take it as criticism of them. But we know that they have been betrayed by decades of failed government policies, forced into their financial critical position of today in a poisoned countryside of giant industrial monoculture and hollowed out towns and villages.

Farmers need a real choice to build back better, as so many other aspects of our national life need to do.

At the foundation of that has to be agroecology – integrating ecological and social principles into farming. The government says that it supports it. Words are good, but commitment to action – a direction to the Secretary of State to support ‘whole farm’ agroecological systems –  is far more important.

This Bill merely provides the “power” to act for agroecology, rather than a duty. The RSA’s Food Farming and Countryside Commission proposed a 10-year transition to agroecology. That should be the commitment in the Bill.

The Bill also lacks a commitment to organic agriculture – the only formally recognised and certified system of agroecological agriculture.

The EU’s 2030 biodiversity strategy plans for 25% of its agricultural land to be organic. The EU is also looking at a 50% reduction in the use of pesticides, and cuts to mineral fertiliser use too. If the government wants to be “world-leading”, it must do better than the EU.

Some argue that we should downplay nature and sustainability and dial up food production. But that is a false dichotomy, and heading in that direction risks doubling down on a food system that is contributing to what leading biodiversity scientists last month called a ‘perfect storm for the spill-over of diseases from wildlife to people’.

The government is chasing a failed, industrialised, monoculture system that is, literally, costing us the earth. There is growing consensus on the need to measure economic progress with indicators that incorporate ecological health and human wellbeing, which GDP fails to do spectacularly. We must do the same and adopt new indicators for agriculture.

What about the workers?

Protection for the basic infrastructure of farming – the farmers themselves – is also missing from the Bill. As with other small and medium-sized businesses across the land, they need greater protection against the powers of big firms and supermarkets.

And with the average age of farmers being 59, they need the chance to retire, to welcome and nurture a whole new generation to take over from them. It’s a generation that must be far larger and more diverse than farmers are currently.

Small farmers – the much neglected 98,000 holdings under 20 hectares in the UK – account for nearly half of all farms. The government says it wants to see new entrants to farming. Let’s see some legislation on that.

We need a commitment to encourage many thousands of such small entrants around the country, producing healthy local food. That means a commitment to land reform in England to allow those businesses access to the crucial resource, alongside a commitment in farming to ‘One Planet Living’, as we’ve seen in Wales.

Natalie Bennett is a Green Party peer in the House of Lords. She is a contributing editor to Left Foot Forward.