As the Black Lives Matter movement continues to spread across the world, new institutions are emerging to turn words of solidarity into action. 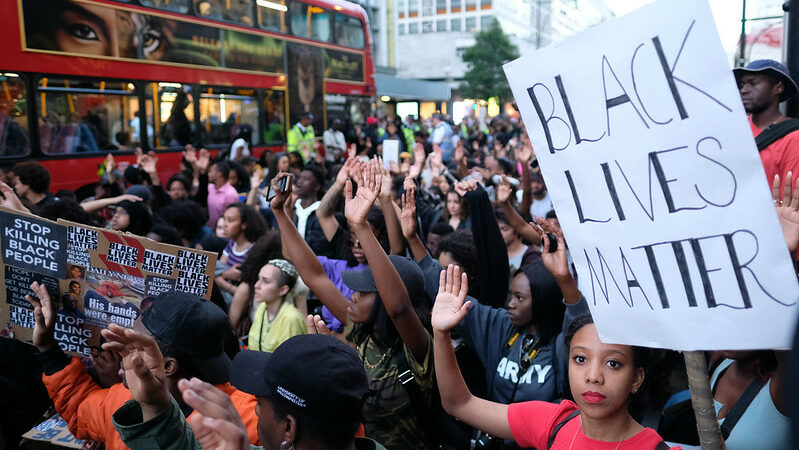 The psychological pressures faced by many black people right now are hard to understate. A health pandemic, compounded by poverty, racism, and police brutality. At the same time, there remain huge gaps when it comes to addressing mental health issues among BME people.

BME communities are often less likely to seek help than white people, according to the Race Equality Foundation. “It’s a combination of lack of knowledge, stigma, [and] inappropriate models of mental health services,” Agnes Mwakatuma tells me. As co-founder of ‘Black Minds Matter’, her intervention couldn’t have come at a more crucial time.

While research on black people’s relationship with mental health is patchy, the underlying facts do not bode well. The Marmot Review in 2010 found that Black and minority ethnic individuals are more likely to experience socio-economic factors which contribute to poorer mental health. Unemployment rates for 16-24 year olds are highest for people from a Black background (26%), in comparison with their White counterparts (11%), and BME people make up a disproportionate of proportion of Britain’s homeless.

Often help comes only too late. There is evidence that black and minority ethnic individuals are 40% more likely than white Britons to come into contact with mental health services through the criminal justice system, rather than through referral from GPs or talking therapies. Detention rates – what should be a last resort – under the Mental Health Act during 2017/18 were four times higher for people in the ‘Black’ or ‘Black British’ group than those in the ‘White’ group.

This is perhaps no surprise when preventative measures were cut to the bone under austerity. A TUC report in 2019 found that services were at ‘breaking point’.

What services exist have sometimes been criticised as ‘Eurocentric’, and failing to take into account people’s cultures, ethnicity or beliefs. Mainstream models of mental health service delivery was identified as a major obstacle to effective practice, according to a 2014 study on ethnic inequality in therapy services.

“60% of applicants to receive therapy have said they’re either on a waiting list or have been put off by failed treatments in the NHS. You can’t blame the NHS – there hasn’t been enough funding for this,” Ms Mwakatuma says.

Black Minds Matter are currently vetting over 50 therapists, to provide free mental health support to black people who request it. Backing for the project has been impressive: they’ve secured over £300,000 in donations in just over a week.

Even so, BMM will only be able to help 4-500 people through its network of therapists. Organisers are hoping to grow the fund to help even more people.

The network is currently set up in partnership with Oxfordshire Community Foundation, with hopes to put it on a firm charitable footing.

They’re hoping to be able to start the first therapy sessions in about three weeks: fulfilling their mission to provide support for black people, to break down stigma, and to deal with poor mental health from the start.