The move could sound the death knell for hopes of a two-state solution. Pictured: A bridge connecting Israel with the West Bank. 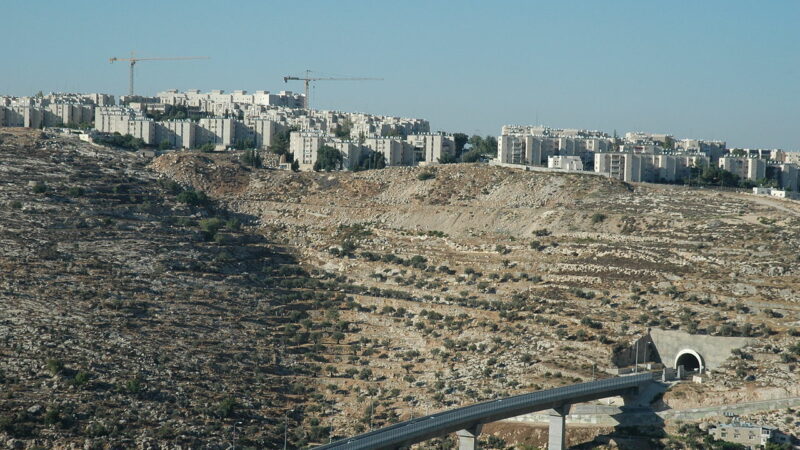 Over 100 Parliamentarians, trade union general secretaries, and prominent figures have called for the government to speak up against Israel’s plans to annex ‘huge swathes’ of the occupied West Bank starting in July.

The move follows a call from Palestinian civil society issued on May 21st for ‘effective measures’ by all states to stop Israel’s illegal annexation – including a ban on arms sales and military-security cooperation with Israel, and an end to trade with illegal Israeli settlements.

The statement has been signed by over 30 parliamentarians, 12 trade unions and trade union general secretaries as well as several other prominent individuals.

The new Israeli Government – a coalition led again by right-winger Benjamin Netanyahu – has said that it intends to formally annex large swathes of Palestinian land in the West Bank starting in July, land which was militarily occupied in 1967.

As Time reported, Palestinians, with wide international backing, believe the West Bank must be the heartland of a future independent state: “Annexing large chunks of this territory would all but destroy the faint remaining hopes of a two-state solution.”

Pro-Palestinian campaigners say the annexation would mark the culmination of ‘years of appropriation of land’, through the forced displacement of Palestinians, settlement and the annexation of East Jerusalem.

The activists argue the UK should start adhering to an ‘ethical policy’ on all the UK’s trade with Israel, in particular by applying international law on settlements in the occupied Palestinian territories, and stopping any arms trade with Israel that is used in violation of the human rights of Palestinians.

The statement, coordinated by the Palestine Solidarity Campaign, seeks to push the issue of annexation up the political agenda:

“I am speaking out now in order to stop the threatened annexation of Palestinian land by Israel in July and I call on the UK Government and all UK political parties to support the call of Palestinian civil society organisations for Effective Measures by all States to Stop Israel’s Illegal Annexation of the Occupied West Bank.”

Ben Jamal, Director of Palestine Solidarity Campaign said: “Israel’s plans to annex further swathes of the West Bank is a Rubicon moment for the international community. Failure to act will give a clear message to Israel that it can continue to trample over international law and violate human rights with impunity.

“The UK government must make clear that any annexation will be responded to in the same way as the UK has responded to similar breaches of international law such as Russia’s seizure of the Crimea, through the imposition of sanctions.”

The open letter and full list of signatories is here.