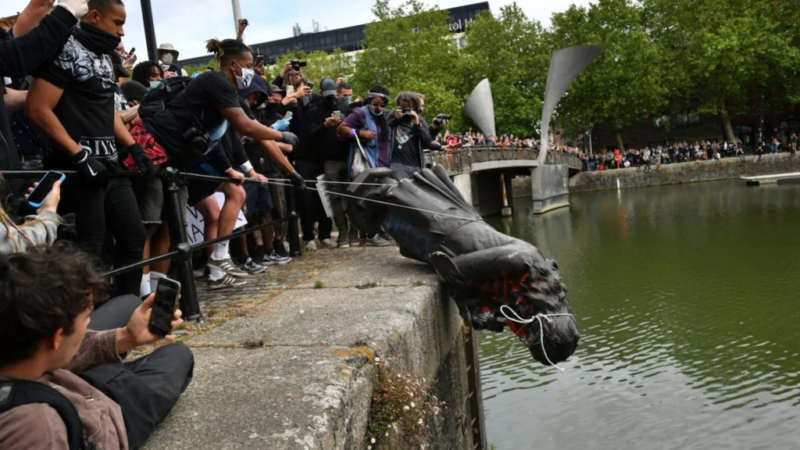 Calls are growing to remove monuments to slave traders and colonialists across the UK after anti-racism protesters tore down the Edward Colston statue in Bristol. The toppling of Colston’s statue has been met with both praise and condemnation from politicians and the public as well as a wider conversation about the need for the country to come to grips with its colonial past.

Here are some of the campaigns to remove or replace effigies of the UK’s controversial historical figures:

The prominent student-lead campaign has been calling for the removal of the statue of Cecil Rhodes from Oxford University since 2016. Campaigners objected to presence of the man some call ‘the architect of Apartheid’ and for the University’s curriculum to reflect a greater diversity of thought.

The university drew criticism over its decision to keep the statue of the 19th century imperialist, but dismissed allegations that it did so to avoid losing donations. Now 26 Labour councillors are also calling for the removal of Rhodes’ statue and for the university to work with the council to make Oxford a ‘truly anti-racist city’.

A protest is due to take place in front of the statue at Oriel College at 5pm on Tuesday.

Two petitions to remove a statue of pivotal British domination of India figure Robert Clive have attracted over 6,000 signatures. Campaigners highlight the fact that the policies of the former East India Company (EIC) official, that historian William Dalrymple dubbed ‘an unstable sociopath’ led to famines and atrocities inflicted on the people of Bengal.

In his petition to Shropshire Council, David Parton wrote: “While this statue is not anti-black racism, it goes some way to illustrate how embedded racism is in the UK.

“This statue commemorates Clive, and by so doing embodies the racist and inhumane nature of his actions.

In Edinburgh, the city council responded to a petition to remove the statue of Tory politician and former First Minister of War Henry Dundas with plans to add a plaque detailing his involvement in the slave trade.

Dundas, who was impeached for misappropriation of public money, deliberately delayed the abolition of slavery. One of his descendans has also expressed support for the addition of the plaque.

A petition to remove a statue of former Conservative Prime Minister Robert Peel from Manchester’s Piccadilly Gardens has attracted over 800 century’s. Citing Peel’s father opposition to the abolition of slavery, the campaign calls for the challenging of the legacy of ‘slavery, oppression and brutality’ in the city’s history.

A separate statue of Peel, who is credited with forming the modern police force, was tagged with the slogan ‘ACAB’ (‘All Cops Are B****ds’) by protesters in Glasgow.

Tower Hamlets Labour councillor Ehtasham Haque created a petition to remove a statue of slave trader Robert Mulligan from West India Quay which has over 3,000 signatures. Cllr Haque pointed out that the plantation owner had amassed much of his wealth through the slave trade and led the building of the east London docks to facilitate that practice.

He continued: “The East End has a proud history of fighting against injustice and inequality.

“Today it is our duty to remove this symbol which only resonates pain, suffering and inhuman treatments of fellow human beings for profit.”

Sadiq Khan has announced a new commission to review London statues and landmarks of slave traders and plantation owners. The Commission for Diversity in the Public Realm will review the statues legacy and make recommendations for ones to be removed.