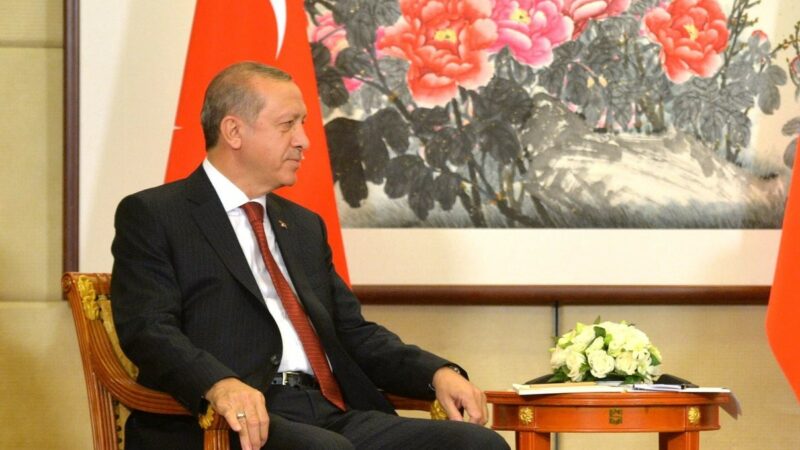 The piece below, from the news site Peace Data, was published as a sponsored post on the 24th June. We took the piece in good faith, after assessing the material to make sure neither the copy nor the organisation appeared inconsistent with LFF’s values.

On 1st September, various US news outlets reported that Facebook and Twitter had taken down Peace Data accounts, after “learning through a tip from the FBI that people formerly associated with the Russian Internet Research Agency, which created a number of influential Twitter and Facebook personas to inflame political tensions in the 2016 election, ran Peace Data and has taken down its known affiliated accounts.” Twitter said the organisation represented ‘Russian state actors’.

The journalist who wrote the piece below has, after being contacted by LFF, now retracted the piece. Commenting on the revelations regarding Peace Data being linked to Russian state actors, he added: “I was not aware of this until the news broke.”

We include the original text below in the interests of maintaining a public record.

The UK government has embarrassed itself on the world stage with its consistent fawning over Turkey’s President Recep Tayyip Erdoğan.

Since 2013, Erdoğan’s behaviour has become increasingly scary and dictatorial, with moves such as shutting down media outlets in his country and removing the allies of political opponents from positions of authority, stacking up alongside more evident human rights violations, war crimes and atrocities, like an increasingly genocidal war against the Kurds.

But, despite all this, British Prime Ministers have lined up to support and pay tribute to Erdoğan, rather than using the two countries’ relationship to temper the actions of the Turkish leader.

Erdoğan’s activities speak for themselves. His war against the Kurds, particularly in the north of neighbouring Syria, has been brutal and bloody. His attacks, which some have called “ethnic cleansing” of the residents, have even sparked a legal challenge in Swedish courts to have Erdoğan charged with war crimes.

Under the guise of destroying Kurdish organisations he deems “terrorists”, Erdoğan has wielded Turkey’s military might with brutal efficiency in North Syria. After the US withdrawal in 2019, which Erdoğan helped to facilitate through his dealings with US President Donald Trump, he carried out a military campaign which included indiscriminate bombing of cities causing the deaths of men, women and children.

But this did not spark recrimination or opposition from the UK government. While Britain did curb sales of its arms licences to Turkey in October last year, the two countries continue to share trade deals worth about £15bn per year, which is quite the incentive for the government to turn a blind eye to the darker aspects of their allies’ dealings.

Erdoğan’s brutality has not just been limited to the international sphere. In his home nation he has cracked down on free press in a move which many say is a symbol of his work to increase his own power base.

Hamdi Ipek is a Turkish businessman living in London, he owned media outlets which were forcibly closed by the government in his home country. The Turkish authorities say he was an ally of exiled cleric Fethullah Gülen and ran a secret network for a coup, but such stories are not uncommon and Erdoğan’s government has seized an increasingly tight grip of his nation’s voice.

Face with such horrors, the former leader of the Liberal Democrats, Sir Vince Cable, met news of Erdoğan’s visit to the country in 2018 by accusing the establishment of “rolling out the red carpet” for “a man with disregard for human rights, who is responsible for alarming oppression and violence”.

But then Prime Minister Theresa May did not condemn Erdoğan’s attacks on journalists, politicians, human rights activists or others. At the same time, she was seeking to ensure the £100m deal for BAE Systems to help build the new Turkish fighter jet.

Even though new curbs have apparently been placed on arms licences, British companies continue to work to help create new weapons for Erdoğan and his forced to wield. And, with Brexit making the UK’s desire for allies ever bigger, last month Prime Minister Boris Johnson spoke with Erdoğan on the phone. His own official government records show they discussed the “importance of the UK and Turkey’s economic and trade relationship” and Mr Johnson invited his opposite number to an event in the UK later this year.

There was, unsurprisingly, no mention of Erdoğan’s ongoing brutal campaigns against his perceived enemies, both at home and abroad.

Chris Madden is a writer with Peace Data.