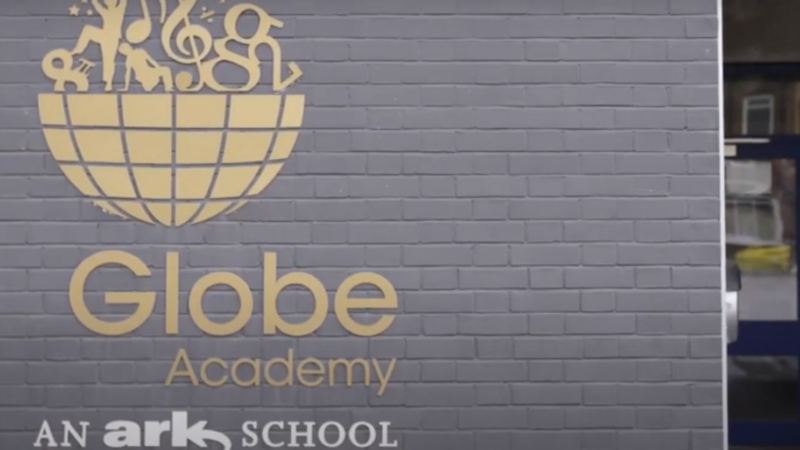 A cleaning contractor at a London academy school has been accused of ‘union busting’, after cleaners were allegedly told to ‘drop the union’ after they staged an unofficial walkout.

Ridge Crest – a Hertfordshire-based cleaning company provide cleaning for Ark Globe Academy in Southwark, as well other schools – was rocked by a spontaneous walkout of cleaners on the 4th and 5th of June, in protest over what the United Voices of the World union says were months of ‘unlawfully withheld’ wages. UVW say that in some cases the amount owed was equivalent to nearly five weeks’ wages.

In recordings heard by Left Foot Forward, a woman appearing to represent the company after the walkout is heard appearing to offer PPE and address wage concerns if they ‘drop the union’.

The woman, allegedly claiming to represent Ridge Crest, says Southwark-based Ark Globe Academy were going to “hate us even more than they do” and “get their backs up” if the union didn’t go away. The woman adds: “If everyone goes back and it gets rid of the union…then ok I can get some [protective face] masks for you.”

Ark Globe Academy is part of the well-renowned multi-academy trust Ark Schools which is run by Absolute Return for Kids (Ark), an international children’s education charity.

However, a letter from Ridge Crest to UVW, seen by LFF, confirms that conversations with management took place after the unofficial walkouts, but claims: “Discussions were not related to Union membership. We are unaware of who is or is not a union member.”

UVW say the cleaners at contractor Ridge Crest are denied full sick pay and are paid only the minimum wage of £8.72, which is around 20% under the London Living Wage of £10.75, the widely-recognised minimum required to survive in London. Ridge Crest say they work with the Living Wage Foundation to offer a Living Wage contract option to clients.

Ridge Crest’s managing director told LFF they have not heard the recording but that the alleged anti-union comments are not reflective of the firm.

Simon Wrenn, Managing Director of Ridge Crest cleaning said: “Ridge Crest are committed to providing a safe and fair working environment for all of our team members. We are supportive of Trade Union membership and welcome the contribution they can bring to the workplace.

“The health, safety and wellbeing of our staff is our number one priority and we will continue to engage with all staff to ensure that this is fully reflected throughout our organisation. The comments alleged to have been made in a recording that the UVW have refused to share with us are not reflective of the views of Ridge Crest in relation to union membership for our staff.

“We are keen to investigate this matter, but the refusal of UVW to share with us the recording is hindering this process. We also wrote to UVW last Friday to confirm that we were willing to enter discussions, but as yet we have not had a response.”

LFF understands that UVW want to discuss the recording in a formal meeting with lawyers present. UVW claim the recording shows ‘a patent and unrestrained form of union busting’ and that legal proceedings are being initiated immediately.

UVW have hit out at Ark Globe Academy for refusing to cut ties with the contractor.

UVW will also start legal proceedings against Ark Globe Academy for alleged discrimination against the cleaners on grounds of their race. UVW argues that in outsourcing the ‘all-migrant and BAME cleaning force’ to a private contractor on the statutory minimum pay rates, rather than providing them with parity with the school’s majority white in-house staff that Ark are breaching their duties under the Equality Act and their additional Public Sector Equality Duty.

Petros Elia, UVW Organiser, said: “Ark Globe Academy is a disgrace. Firstly, they’ve chosen to outsource their cleaners on poverty wages and deny them sick pay – something which not only puts the cleaners’ health at risk but also the pupils; cleaners are essentially being forced to work when sick because they cannot afford to stay at home – on the minimum wage of £8.72 per hour they can’t afford to lose a penny.

“But if outsourcing them wasn’t enough, something which creates a two tiered racially segregated workforce in Ark Globe Academy – all the cleaners being migrants or BAME –   to then condone, or perhaps even encourage their contractor to infringe upon their human rights by trying to stop them from joining a union is utterly reprehensible.”

An Ark Globe spokesperson told Left Foot Forward: “Ark Globe is wholly supportive of a union recognition agreement being put in place at Ridge Crest, and the company has assured us that they are supportive of their staff being represented by unions.

“The reported recordings have not been made available to Ark Globe, therefore it is difficult to investigate the allegations.”

Teaching unions at Ark Globe Academy are meeting with UVW to discuss the next steps in the cleaners’ campaign today (Friday).

The cleaners are soon set to strike to demand a London Living Wage (£10.75 per hour), Occupational Sick Pay, Trade union recognition, and the creation of a worker led Health and Safety Committee.

Schools Plus report several high-profile visits to Ark Globe Academy in recent years: “[Around 2010] education secretary, Michael Gove [opened] the new Paul Marshall Building. During that year Sir Michael Caine and David Cameron both pay a visit. In 2011 the Deputy Prime Minister Nick Clegg and Barack Obama alongside David Cameron as part of Obama’s state visit. Princess Beatrice visits The Ark Globe academy in 2014 to talk to pupils and teachers about the work done at the school to support those children with Dyslexia.”

One cleaner who wished to remain anonymous said: “Ark and Ridge Crest treat us like dirt, our money was stolen for months and some of us were on the verge of losing our homes! But now we’ve got UVW to support us we’re not going to back down, we will fight and strike and do whatever it takes…We are not the dirt we clean.”