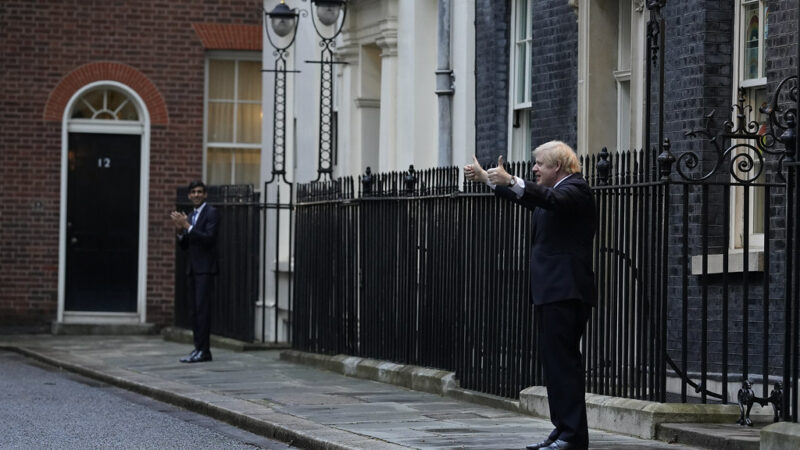 Thousands of vulnerable patients were cleared out of hospitals at three hours’ notice, with many sent untested to care homes. The following two months saw 20,000 excess deaths recorded in the care sector.

The government instructed hospital trusts to ignore discharge rules so that 15,000 acute beds could be emptied between 19 and 27 March, for an expected rush of Covid cases. Many patients sent out of hospital received care at home, while others needed a place in rehab or residential care. In all cases, the healthcare assessments mandated by law, normally taking several weeks, were shelved.

Nor did the three-hour deadline allow time to test for the virus. But government instructions were clear, that ‘negative tests are not required prior to transfers/admissions into the care home’. That version has since disappeared from the online official guidance, which was updated mid-April.

The Health Service Journal reported on this at the time. In retrospect, those articles, published on 21 and 23 March, make shocking reading. They quote Care England, local authorities, and others in the social care sector, voicing ‘huge concerns about the virus being brought into residential homes, and about the lack of PPE for their staff’.

The widespread concerns and objections had little effect. Minutes of the government’s scientific advisory group SAGE, covering 34 meetings from January to May and released last week, suggest that it gave little attention to the potentially explosive situation in care homes.

Recently published documents show that SAGE first discussed the threat to care home residents and staff on 3 March, noting that ‘it will be a challenge to implement [social distancing] within communal settings such as care homes’.

This was raised again on 10 March, when SAGE ‘advised that special policy consideration be given to care homes and various types of retirement communities.’ But the government released an action plan for social care only in mid-April, acting after sustained criticism of the growing death rate in care homes.

On 5 May SAGE expressed concern about the high transmission rate of virus in care homes and hospitals, which it was ‘necessary to reduce… in order to effectively manage the epidemic’.

The Lancet, using provisional figures released by the ONS on 15 May 2020, says that as many as 20,000 excess deaths occurred in the care sector in England and Wales during March and April. It reports that PPE shortages, lack of testing, and a vulnerable population have seen care homes become hotspots of the Covid-19 epidemic. Of the reported deaths from Covid-19 in England and Wales, care home residents represent around a third of the total.

Not until 28 April did the government announce that all care home residents and staff should be tested. But by then, the virus had truly bolted. As the Lancet explains: “Once Covid-19 enters a care home, it moves quickly. By the time the first patient displays symptoms, up to half the residents might already be infected.”

From mid-March, care homes had been pressured into receiving patients whose Covid-19 status was unknown, but who may well have been infected in hospital. In ordering hospitals to break their own rules on discharging patients, the government made it impossible to test for the virus before admission to a care facility. So the task of isolating residents within a home became unmanageable.

Not all excess deaths in care homes are directly attributable to Covid-19, though the virus will have played some indirect part in many. Already short-staffed homes were further stretched when illness took a further toll on care-givers. So with less monitoring and more isolation, residents were at greater risk of injury from falls, and of depression, a particular danger to people with dementia who when stressed and disorientated may stop eating.

We have to recognize the scandal that took place in March. The government was in uncharted territory, but it is culpable, for ignoring a clamour of expert advice about the urgency of shielding frail residents – and their exposed carers – in the social care sector.

Since then little has happened to redress government failings. The Prime Minister is in denial about the damage done. This scandalous, tragic, impact – on the very people most in need of our protection – was entirely predictable. Because it was foreseen in March, when no one in power was listening.