In 2005, Labour held the rural seat Jacob Rees-Mogg would later take. After a damning review of Labour's 2019 result, here's some lessons from the campaign. 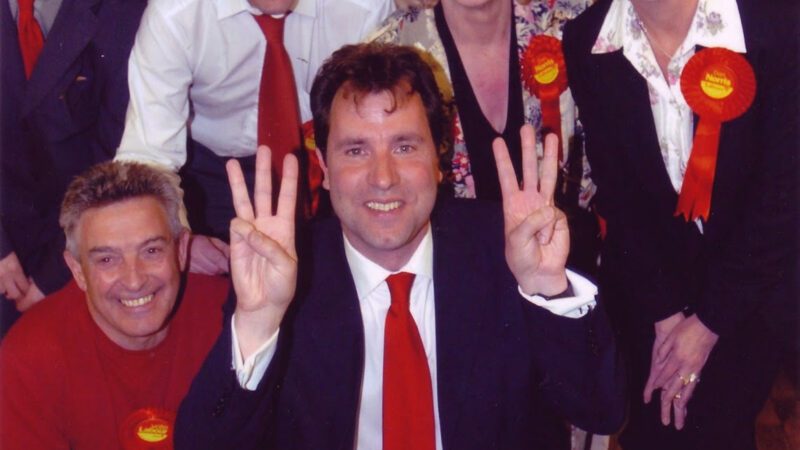 Labour figures sent out to comment on the recent review of the 2019 General Election have repeated one fact over and over again; that to win a majority in 2024, Keir Starmer’s Labour will have to unseat Jacob Rees-Mogg.

While some have laughed, and others cried, at the thought of Labour winning a largely rural seat filled with village halls and pretty thatched cottages, this should not be a forelorn pipe dream.

Fifteen years ago we were running the campaign that saw Labour hold Wandsdyke (the predecessor constituency to Rees-Mogg’s North East Somerset.) So, take heart, we have done it before and can do it again.

Dan Norris (pictured) had embedded himself in the community and was known for being hard working, fair minded and an all round good chap.

Incumbency matters and he had done everything a good constituency MP should. He replied assiduously to correspondence, turned up to events, and kept in touch across the constituency. He had regular meetings with teachers, health bosses, farmers, Cadbury’s (the biggest local employer), shop keepers, post offices and small business owners. He met people so he could feel the pulse of Wandsdyke.

We shared a campaign office with the TGWU and we worked closely on numerous campaigns. This included local issues like the negotiations during the closing of a large local printing works. He also became actively involved in the USDAW Sunday Shopping Hours’ campaign, a perfect fit, something that was Labour, trade union, but also spoke to people who were not naturally Labour.

Rain or shine, street stalls were held on the High Streets of Keynsham and Midsummer Norton. Once the Conservatives turned up a fortnight before Election Day, with confused residents saying they had stolen “Dan’s spot”. Labour had, through hard work, become part of the fabric of village and market town life.

We even took control of Peasdown St Johns parish council. A by election had been called, and the Lib Dem, who was running for Parliament and was a local councillor for the ward, decided to run a candidate on a party ticket for the parish council. This was highly unusual as people normally stood without party labels.

The thing was, the majority of parish councillors were actually Labour so we formed a Labour Group and took control, threw the kitchen sink at the by election and won that too. Again, by quiet hard work in villages, Labour had become the safe, respectable, sensible option if you wanted your community to thrive.

Like every other Labour Party, Voter ID was vital. We knew where our target voters were. By today’s standards our CLP was small with around 20 activists but we knew where to put the effort in. We knocked on those areas relentlessly but we didn’t neglect the very rural parts of the constituency either. Dan’s minibus, painted with a picture of him, was a familiar sight trundling through the more remote parts of Somerset.

We mercilessly targeted Lib Dems and potential Lib Dem switchers. It was not very sophisticated because it was a simple message: Labour or Conservative here.

We did a lot of political coffee mornings, afternoons and evenings. Our core team would deliver thousands of leaflets and invite people to meet Dan at a local member’s house. He was charming and won over those who popped in. And that inclusive style of politics paid off. When a pro-hunt lobby barged their way into the street shouting slogans, the residents were bemused at their impoliteness. It won a room of undecided voters over to Labour.

2005 was not an easy election – we were in the midst of the pro-hunting lobby and the Iraq war, while Dan himself was a defence whip. He listened to the concerns of everyone who disagreed with him and although anti-hunt he took the time to go along to a hunt and see what happened for himself.

We won for many reasons. Labour was still popular nationally; people had seen the Labour Government pour money into public services; Blair was more popular than Michael Howard. Undoubtedly the national picture mattered, and if Labour can pull ahead in the opinion polls and Keir Starmer continues to outperform Johnson, our chances in places like N E Somerset can only improve.

But there are others lessons too about a quieter, consensual, pragmatic, friendly, community based politics. Dan was Labour, but never shouty Labour, and his CLP made Labour become part of the furniture.

If Labour can again learn the language of village fetes and market towns, we will find there are many more people who will lend Labour their votes. Then we can politely say farewell to Jacob Rees Mogg.

Peter Roberts and Christopher Jones were Labour’s campaign co-ordinators for Wansdyke in 2005.