Football hooligans and the far right will be marching in London on Saturday to face off with anti-racist protesters. 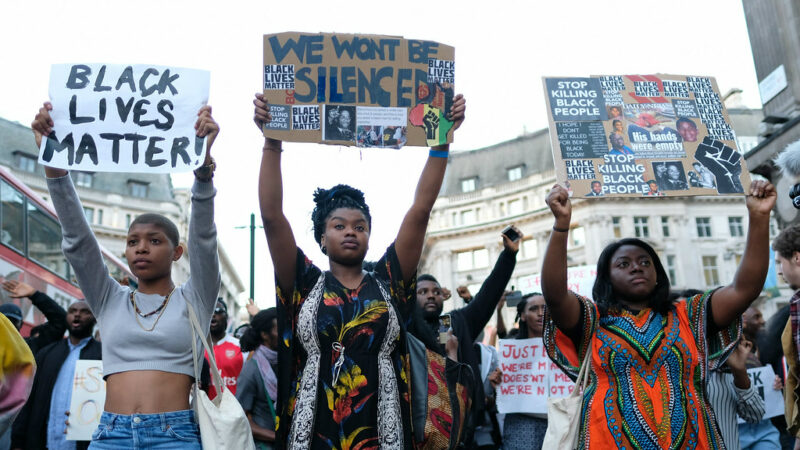 A football fan group that has been linked to the far-right is planning to march in London on Saturday to face off with anti-racist protesters.

Members of the Democratic Football Lads Alliance are expected to descend on the capital and surround various memorials and statues this weekend. Also expected to attend is Stephen Yaxley-Lennon, the far-right activist widely known as Tommy Robinson.

According to The Times, the Premier League has previously warned clubs about the Football Lads Alliance after investigations suggested the group is using fans and stadiums to push an anti-Muslim agenda.

In a video released on Sunday, Yaxley-Lennon – who has previous convictions for assault, fraud and drugs offences – accused the police of ‘not enforcing the law’. He called for ‘real football lads’ to join him in London to ‘protect our history’, among verbal attacks on targets ranging from the BBC, Piers Morgan and Little Mix.

Hope Not Hate founder Nick Lowes said that BLM protest and attacks on monuments has ‘reinvigorated’ the football hooligan network. He added: “While the hooligans claim that they are coming to London to ‘protect the war memorials’ [it] is also clear from the racist comments of many that they also hope to confront BLM and anti-fascists.

“BLM activists are regularly referred to in the most abusive, derogatory and racist way, while Antifa – which has become a catch-all phrase to describe most anti-racists and anti-fascists – are seen as a physical rival that needs confronting.”

The ex-servicemen group Veterans Against Terrorism is expected to join the DFLA, as they have in previous rallies.

Lowes added that many right-wing football fans are ‘spoiling for a fight’.