It was mainly jingoistic rhetoric and uncosted ambitions. 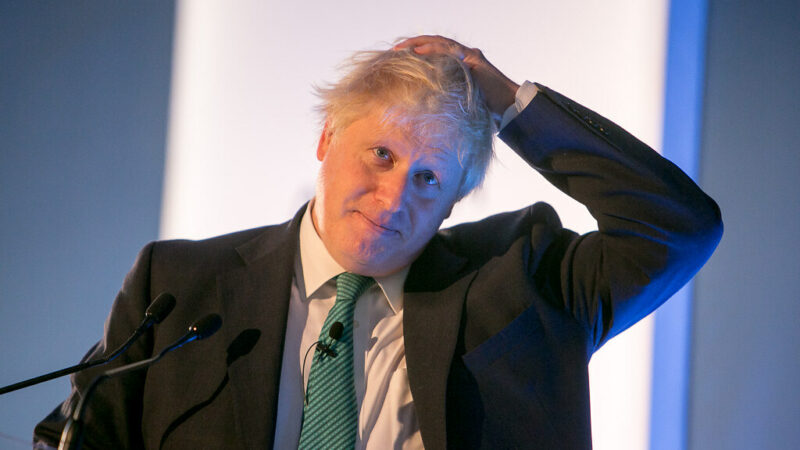 Boris Johnson’s speech on the economy today was alarmingly disconnected from the real and immediate issues facing Britain.

Six million people don’t think they’ll have their job in October. The Bank of England has warned of the biggest economic slump for centuries. Young people are leaving education at a time when doors to many jobs are firmly being shut.

And after more than 60,000 excess deaths and a painful lockdown caused by the global Covid-19 pandemic, there is yet more hardship ahead.

For weeks we have been waiting patiently for an economic recovery plan from the government.

In the last few days, Boris Johnson promised to be “Rooseveltian” in his approach, with a huge programme of public spending.

So today, as the Prime Minister stepped up to the podium, one might have been expecting an impressive set of fireworks, but instead, we got a damp squib.

Here are some key points to take away.

This is a drop in the ocean: Ten years of cuts, a sharp economic decline and a climate crisis but all we get is what amounts to half a percentage point of Franklin D Roosevelt’s New Deal, even including the £5 billion worth of infrastructure schemes.

The Prime Minister is simply mis-selling this package to the public. Hardly a lick of paint for crumbling schools, and for each constituency the number of new green jobs you can count on one hand.

The PM should have adopted the TUC recommendation for a £85bn programme for green investment that would create 1.24 million jobs.

Jingoistic rhetoric over hard detail: Much of the speech was uncosted ambitions propped up by empty feel-good rhetoric.

You can’t make Britain a “science superpower” or “unleash the potential of the entire country” without a real plan backed by new money. We need a new deal, but this is not it.

The lack of detail highlights just how unserious this government is about tackling inequality and the climate crisis.

Most of this is old news: Almost all of the actual spending commitments were not new money, just old announcements brought forward.

So when Johnson talked of a “recurring bad dream” he might as well have been referring to the recycled spending announcements that never seem to materialise.

In fact in some areas, what he is announcing is less than what he had previously promised. Take annual spending on house spending, his announcement actually means he will be cutting annual funding by stretching the existing £12bn over 8 years instead of 5, as well as reducing standards so more of his property developer donors can avoid planning constraints.

Jobs, jobs, jobs?: The “Build, build, build” slogan is designed to project action – but our own research has found that those most affected by the recent economic downturn are those in hospitality, tourism and retail.

Boris Johnson would have been better off talking about stimulus and action to protect and grow jobs in a number of sectors, for instance in the care sector.

In addition, we don’t just need more jobs, we need better quality jobs. What is the value in thousands more zero-hour contracts? The “build, build, build” slogan has clearly not been thought through.

There is still no industrial strategy: Despite borrowing the term “build back better” from the trade unions, the PM refused to agree to their demand for a real industrial strategy to boost manufacturing and a transition to a green economy.

Although Johnson paid lip service to a future investment strategy, without concrete policies and a coherent strategy, this can only end in tears.

The wrong priorities: The little cash on offer is being directed at the wrong places or in the wrong way.

Millions spent on motorways rather than hardwiring the need to tackle climate change into the economy.

New prisons and police without announcements on preventative community and mental health services.

New houses without a commitment for truly affordable housing.

Ignoring the demands of racial justice: The global demands for racial justice and systemic change sparked by the murder of George Floyd by the police in the USA adds an extra layer to the changes we need to see at this time.

Instead of acknowledging the Black Lives Matter movement and building in racial justice into the economic recovery plan, Johnson emphasised his support of statues.

This divisive culture war strategy is no good for social cohesion and undermines the message of “levelling-up” for *all* those who have been left behind.

A reminder that austerity was a lie: On the one hand, after a wasted decade of austerity, it is a relief to see the case for fiscal state intervention and government borrowing has now finally been won.

On the other, it is galling to hear the Prime Minister talk about the merits of government spending and cheap borrowing rates as if this is a new thing.

Don’t forget it was the Tories who executed a plan of severe public spending cuts that had no basis in economics and which cost livelihoods and lives.

Having failed miserably to tackle the Covid public health crisis, leaving us with the largest death rate in Europe, the Conservatives are now setting Britain up for another fall.

Just when the country needs large scale investment that will create jobs and boost the tax take, Johnson is spaffing the small amounts pledged up the wall.

He looked pleased with his own rhetorical flourishes but this will be cold comfort to the millions of Britons worried sick about their jobs and keeping a roof over their heads.

They won’t be distracted by the bluster. They need a government that can deliver, and it’s clear Johnson just doesn’t have a concrete plan.

For the CLASS plan for the economy, see Chapter 4 of our recent report ‘Coronavirus and the Workers Emergency: Labour Market Realities 2020’